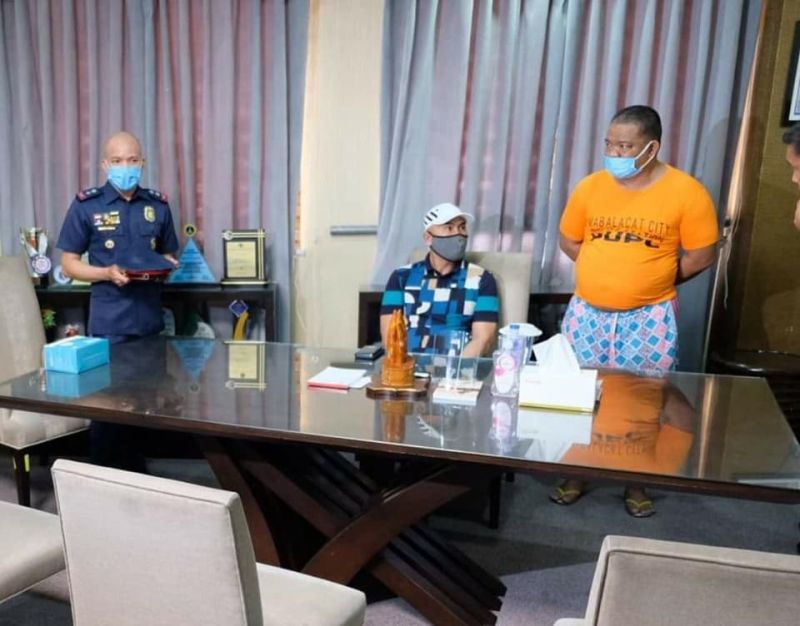 MABALACAT CITY -- A 47-year-old man, who introduced himself as a police officer, was arrested at dawn Monday, July 6, for allegedly selling illegal drugs.

Ganao reportedly sold methamphetamine to a PNP personnel in the city who pretended to be a buyer and user of illegal drugs.

The city police, under the leadership of Lieutenant Colonel Eduardo Guevara, seized from the suspect three sachets of shabu with a street value of less than P100,000, marked money worth P7,500 a .45 caliber pistol, a motorcycle, and a cellphone.

The local PNP charged Ganao with drug pushing and illegal possession of firearms.

Aside from the criminal charges, Ganao is also facing administrative charges, which may cause him dishonorable discharge from police service.

On Monday, July 6, Guevara presented the suspect to Mayor Cris Garbo, who advised erring cops to stop their illegal activities that destroy the image of the PNP as an organization and the police officers who work hard to serve the Filipino people.