Bzzzzz: Back to GCQ on July 16? Councilors speak up to Labella via Cimatu. City Hall reports stopped. 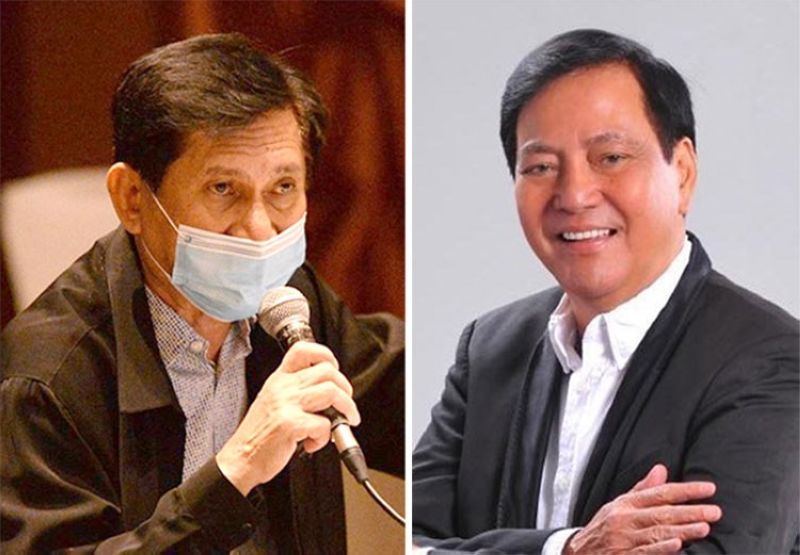 THE "feelers" from Manila indicates the return of Cebu City next week to general quarantine from its July 1-15 ECQ status. A IATF official implied that the economy needs to reopen despite the continuing surge in Covid-19 cases. Presidential adviser for entrepreneurship also spoke out Tuesday, July 7, that placing some areas under ECQ would worsen businesses that have taken a hit for more than three months already.

President's anti-Covid emissary to Cebu Roy Cimatu was also quoted on the same day as having expressed "confidence" about Cebu City's shift to GCQ.

The economic factor would be the compelling consideration. The businesses, which provide the jobs, could not be shuttered much longer.

"Open up despite the risks" would seem to be the pragmatic option. That, despite the numbers of new cases in the national Department of Health, which says "transmission of the virus in Cebu City is double that of Metro Manila." The bit of good news is the DOH-7 report that the critical care utilization rate (CCUR) in Cebu has already "stabilized," "a lot better than (in) previous weeks."

Cebu City has stopped posting daily reports on its Facebook page about cases of Covid-19 on recommendation of the IATF. In a July 6 announcement, City Hall stopped (not just suspended) the reports.

People who complained about the "conflicting reports" of City Hall and DOH-7 now complain about lack of transparency. DOH or the task force has to tell the public the changes it has made in the system of reporting to remove public distrust and make the report credible.

President's overseer in Cebu Roy Cimatu included the reporting on new cases and deaths one of his promised reforms.

The city vice mayor, Mike Rama, occasionally complains that he and the City Council are being shut out of the action in the fight against Covid-19.

His gripe was that Mayor Edgardo Labella had not involved the councilors, except a few of the mayor's close friends, in waging the war on the coronavirus. Labella would ask for money, which the City Council would appropriate, but hogged the policy-making and implementation, Mike alleged.

The mayor has been praising the City Council's help but apparently, the vice mayor wants more. He would like councilors, particularly himself, to be on the public stage with Labella. The mayor though seems to reject his predecessor Tomas Osmeña's style of tapping councilors for executive duties. Tomas had "deputy mayors" -- which the law does not allow officially but also does not expressly ban -- doing jobs he would not or could not do by himself.

Well, the mayor wouldn't plan with them on Covid-19: he had denied a request of the City Council to appear before it and tell them about the City Hall programs on Covid-19. But the president's overseer on the "Cebu situation" Scretary Roy Cimatu would -- and did.

A news report said the councilors aired "various concerns" about the surge of Covid-19 cases in Cebu City and the lack of coordination between the city government and the barangays. The councilors expectedly offered the solutions that they could not air to the mayor.

A City Hall watcher said the City Council could have acted on its own by adopting policies the city mayor could enforce. Apparently, he said, it could not push its agenda without the word of Mayor Labella.

It would appear there are three groups in the City Council, the Bzzzzz source said:

The Rama group could join forces with BOPK and pass a City Council anti-coronavirus strategy but it has not gone to the point of staging an open uprising. Barug still collectively votes as one. Even VM Mike just occasionally expresses public dissent to the mayor's anti-Covid-19 actions.

What they told Cimatu

It is not publicly known if the proposals of the councilors were personally heard by Mayor Labella. But overseer Cimatu heard them last Monday.

BOPK suggested that the city minimize the use of BICs or barangay isolation centers and convert the Abellana National High School into an isolation center similar to the Noah complex at the South Road Properties.

But here's what must have eloquently told Cimatu about the relations between the mayor and the City Council. Rama said the City Council submitted to Cimatu a clutch of resolutions that they hope the Cabinet secretary (for DENR) would "encourage" the mayor to implement.

Cimatu had earlier called on the City Council to get involved in solving the heath crisis. The response: the resolutions about Covid-19 that, the councilors imply, the mayor was not implementing.