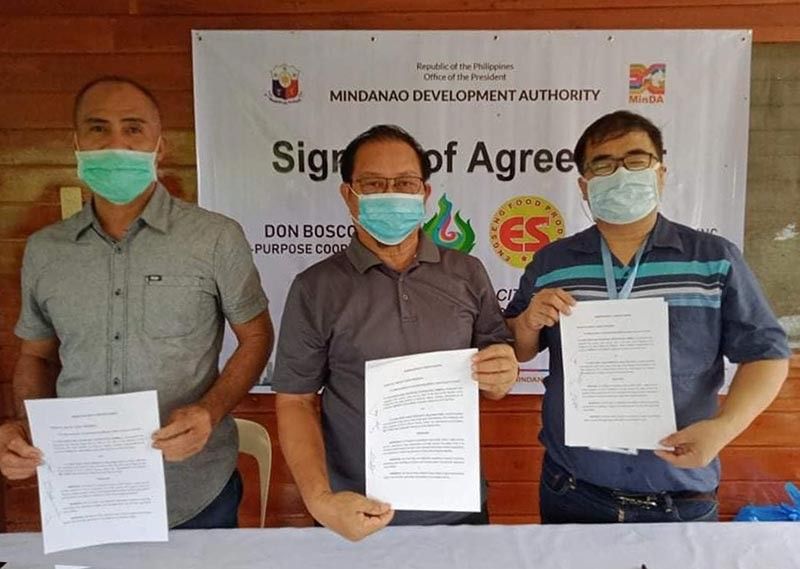 A GROUP of organic rice farmers in Mindanao is eyeing to expand its organic rice production after its pact with Davao City-based miller.

In a press statement, Mindanao Development Authority (Minda) chairperson Emmanuel Piñol shared that the Don Bosco Multi-Purpose Cooperative (DBMPC) and Eng Seng Food Products signed a marketing agreement aimed to ensure the farmers a market and a fair price for their produce.

"DBMPC will buy its members' production of Black, Red and Brown Organic Rice at P25 per kilo which in turn will be milled and delivered to Eng Seng Food Products of Davao City," he said.

"The marketing agreement is expected to encourage organic rice farmers who belong to the Mindanao Organic Rice Council (Morco) to expand their areas because of the ready market and fair price. Don Bosco will process and pack it while Eng Seng, with the support of MinDA, will market it," he added.

DBMPC chair Mario Alolosan said that currently, there is an 200 hectares of land for organic rice production in Soccsksargen, particularly in North Cotabato, South Cotabato, and Sultan Kudarat.

He added that there is also about 100 hectares of organic rice farm in Bukidnon which will supply Eng Seng Food Products.

"No final agreement with Eng Seng Foods as to the volume, but the current production volume of Bukidnon farms is 33,000 kilograms of palay or 19,800 kilograms of rice," Alolosan said.

He said the targeted areas for expansion for the production of organic rice will be in Davao Region, Zamboanga del Sur, Agusan del Sur, and Agusan del Norte.

In the Department of Agriculture's (DA) organic commodities map, among the producers of organic rice in Davao Region are the municipalities of Magsaysay, Kiblawan, Hagonoy, and Bansalan in Davao del Sur and the towns of Braulio E. Dujali, Carmen, Kapalong, and Sto. Tomas in Davao del Norte province.

Minda has also pushed for the development of a food positioning system for Mindanao provinces.

Piñol said the "Mindanao Food Supply and Demand Map indicates the products each province produces in excess and where these are needed," which he called MinFood.

He said MinFood was a concept he attempted to implement with the crafting of the National Food Security Plan in 2018 but was overtaken by events.

"When completed, a private group will provide the logistical support in repositioning the food supplies in areas where these are in short supply. For example, Bukidnon's vegetables will be brought to Zamboanga del Norte or Surigao del Norte while sea products from these fishing provinces could be repositioned in Bukidnon and Cotabato," he said.