Duterte-Carpio to appeal to IATF on motorcycle backriding 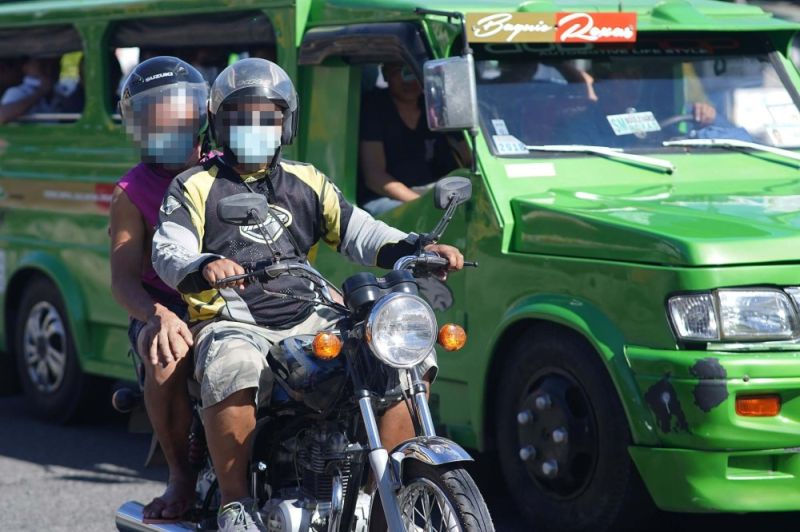 DAVAO City Mayor Sara Duterte-Carpio said the City Government will formally appeal to the Inter-Agency Task Force on Emerging Infectious Diseases (IATF-EID) to allow motorcycle back riding as public transportation within the city.

Duterte-Carpio said in a radio interview on Monday, July 6, that they will submit a formal communication to IATF-EID and they will wait for the latter's response within the week.

The mayor disclosed her plans to appeal for the resumption of backriding in the city, after having talks with Bohol Governor Arthur Yap.

According to her, Yap also submitted a formal appeal to the IATF body to allow backriding as public transportation within the province.

"If wala gihapo'y response ang IATF after one week, ipadayon daw ang backride with engineering interventions sa motor para di mulagpot ang laway sa nagsakay sa nagdrive (If there will be no response from the IATF after a week, they (Bohol) will push through with back ride but with engineering interventions on the motorcycle to prevent the spread of the disease)," Duterte-Carpio said in an interview via 87.5 FM Davao City Disaster Radio.

The mayor said the city will also adopt the Bohol governor's plan.

"Mao pud na atong buhaton. Mag request ta sa ila [IATF]. (We will also do the same thing. We will appeal to the IATF.) If they do not come back with us within a week, kung (if it is a) yes or no answer, we will proceed to the resumption of the backride," Duterte-Carpio said.

The mayor said she understands the plight of some Dabawenyos who had long been urging the local government to allow backriding, not only for direct relatives but also as a mode of transportation especially in some areas in the city with few options for public transportation.

The mayor, however, clarified that they would still be asking for guidelines from the Covid-19 National Task Force (NTF) before allowing backriding.

She also said the City will issue its own guidelines, before the resumption.

She urged the public to patiently wait for the guidelines.

The 19th Davao City Council, weeks ago, also passed a resolution, urging the IATF to allow backriding in motorcycles not only for family members or spouses but also for the riding public in areas under the general community quarantine (GCQ) and modified GCQ (MGCQ).

The City Council said this would address the difficulties in transportation during GCQ and MGCQ.