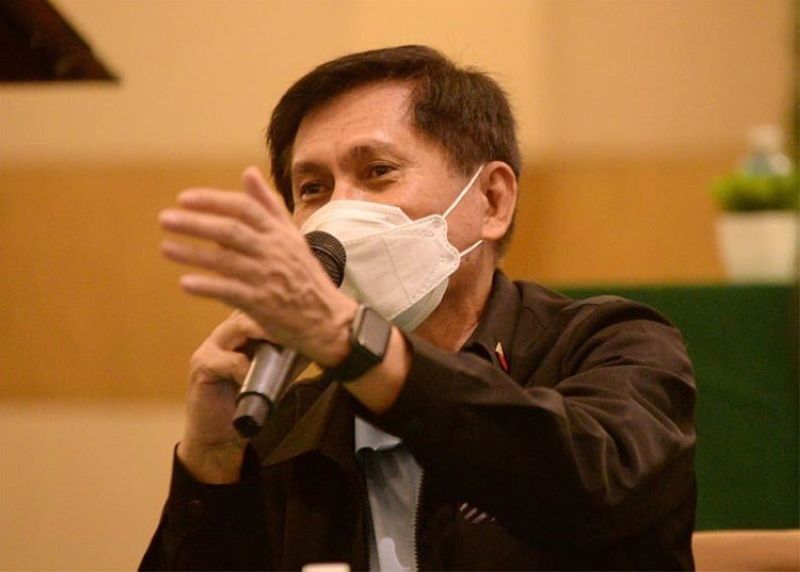 DEPARTMENT of Environment and Natural Resources Secretary Roy Cimatu, the appointed overseer of the Covid-19 situation in Cebu, said the measures being undertaken in Cebu City by the Inter-Agency Task Force for the Management of Emerging Infectious Diseases make him optimistic that the city’s quarantine status will be downgraded in the coming days.

However, Cimatu said even if Cebu City's quarantine status will be downgraded to general community quarantine (GCQ), selective lockdowns in barangays with a high number of Covid-19 cases will continue to be implemented.

"Now we have the Top 20 barangays where there are pockets of cases. Those are the only ones that will be placed on lockdown,” Cimatu said in a mix of Tagalog and English during a media briefing in Cebu on Tuesday, July 7, 2020.

Cimatu did not say which of the city’s 80 barangays would be recommended by him for segmented lockdowns.

Should the targeted lockdown be implemented already, it will be managed by the local government unit (LGU), particularly the concerned barangay captains with the assistance of the Philippine National Police, Cimatu explained.

"Probably, beyond July 15, we will still be here to make sure that the procedure in the lockdown will be followed, whatever the decision of the City Council regarding ordinances they will make," he added.

Cimatu said the City Council can create ordinances specific to a particular area or barangay.

Meanwhile, Cebu City Mayor Edgardo Labella said the sequential lockdown of certain sitios, streets, or households, and not necessarily the entire barangay, is being seriously considered.

“As soon as we perhaps downgrade to GCQ, one of the things that are being seriously considered by the PNP in collaboration with the City Health and Regional Health (Department) is the granular, sequential, or segmental lockdown so that all the other areas that are free from the existence of this virus can go on with their new normal activities,” Labella said.

Cebu City is the only LGU in the country that has remained under enhanced community quarantine (ECQ) status from July 1 to July 15.

The city was placed back on ECQ after it was placed under GCQ status last June 1 to 15.

Cimatu said the continuous rise of Covid-19 cases in the past two weeks since he arrived in Cebu was a result of the numerous Covid-19 tests being conducted.

He noted that people now volunteer to have themselves tested; unlike before, when symptomatic patients sought late medical consultation.

"The number of cases are there, but the thing is, most of the cases here are under quarantine and after 14 days, they test negative and are released. That’s a very good indication of our health efforts in Cebu," Cimatu said.

Labella said despite the continuous growth in the number of cases, Cebu City has a high rate of recovery “from 50 to 52 (percent) and sometimes 48 percent, vis-a-vis the national recovery rate of 21 to 25 percent.”

Cimatu met with representatives of nine private hospitals in Cebu City on Tuesday.

He told reporters that the total bed capacity for the nine hospitals is 569 while the total Intensive Care Unit (ICU) capacity is 77.

Cimatu described this situation as “crucial.”

But the Task Force, he said, is looking for ways to augment bed capacity.

Magalong, a retired police general, brought with him a six-man team that will help train contact tracers here.

Magalong emphasized the need for the public to cooperate with authorities and to observe discipline to minimize Covid-19 cases in Cebu City.

“We need their cooperation in adhering to the minimum health standard," Magalong said.

"It’s about time that the people will embrace the new normal and the only way to do that is to give emphasis on these two words: responsible behavior,” Magalong added.

Following a Malacańang Palace announcement that there would be no other other alternative but to open up the economy despite the rising Covid-19 cases in the country, Cebu business leaders said while they welcomed government’s move, this was an “expensive risk” on the part of business.

"With the rising cases, most businessmen have come to realize that it is still too risky to open. First, foot traffic is generally 10-20 percent of pre-Covid levels. Second, costs to keep your workplace safe and healthy is no joke, and it is needed and you have to test your employees from time to time," Steven Yu, president of the Mandaue Chamber of Commerce and Industry, told SunStar Cebu.

Yu also said that owners and employees of micro, small, and medium enterprises (MSMEs) are really at risk of getting infected with the coronavirus when they open their retail shops.

"The virus is airborne. Everyone wants to help the economy and the workers but the question is how do we balance (health and economy)?" he said.

"There are so many cases in the ground level that are not reported. The businessmen are frantic when their employees start to exhibit symptoms,” Yu said, adding that it would be better to rein in the Covid-19 cases first.

For his part, Cebu Chamber of Commerce and Industry president Felix Taguiam welcomed the move to open up the economy.

"We are encouraging (the business community) to put as top priority the compliance to all work safe health standards to protect the employees and customers,” he said. (WBS, PAC, JOB)