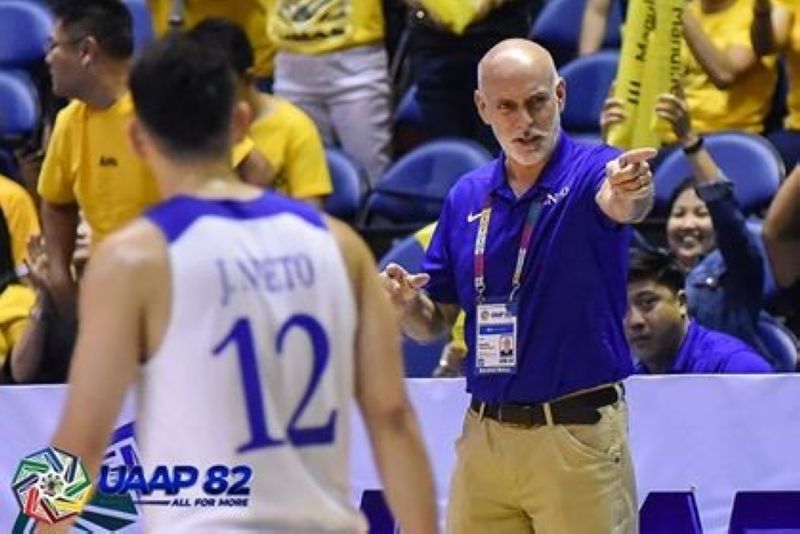 Beleaguered coach Tab Baldwin will be staying on as program director of the Gilas Pilipinas national basketball team.

The assertion was made by Samahang Basketbol ng Pilipinas (SBP) executive director Sonny Barrios during an appearance on a webcast by the Philippine Sportswriters Association. He was also joined there by the SBP’s director of operations, Butch Antonio.

The development is a welcome one for the American-New Zealander who stirred up a hornet’s worth of controversy with his scathing criticism of local coaching, the PBA’s format and officiating and even FIBA’s rules.

“Hindi naman palagay ko, not unless magsasalita uli siya ng wala sa lugar,” said Barrios when asked if Baldwin was in any danger of losing his job as program overseer of the Gilas Pilipinas.

Baldwin has since paid a heavy price for those comments. Aside from getting scorn from the local coaching community, he was also fined P75,000 and suspended for three games by the PBA. The worst part though, was getting fired by his PBA team, the Talk N Text KaTropa.

The controversy has since died down and Barrios revealed that SBP president Al Panlilio now wants to have a meeting with Baldwin to see what the plans are for the national team moving forward.

“President Al Panlilio, in fact, wants to have a video conference with him and with the SBP team to address the moving forward of the program,” said Barrios

“Wala naman kasing in a given situation, nobody has a lock on the position. Not me. Not Butch. We serve at the pleasure of the president. Sa ngayon, wala pa kaming concrete na pinag-uusapan kung paano ang implementation ng programa,” he added. (JNP)