Fines for not wearing face mask 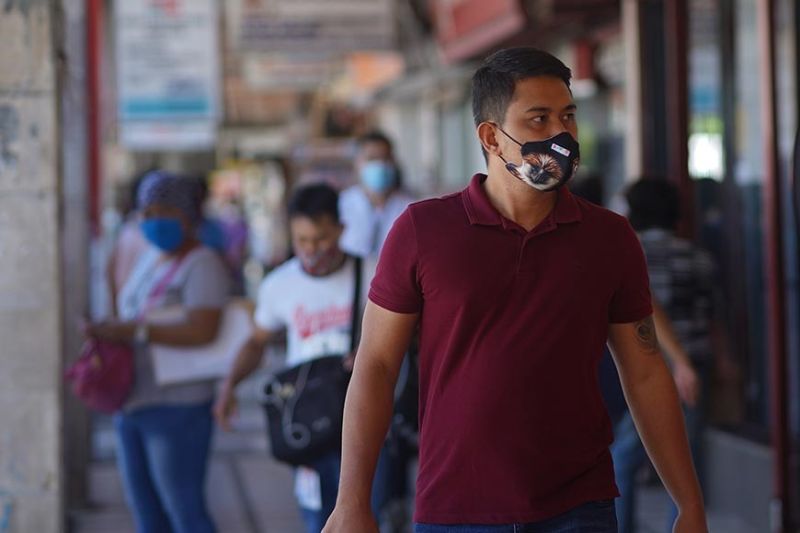 DABAWENYOS who fail to wear face masks in public places will now be penalized as the 19th Davao City Council passed an ordinance for the mandatory wearing of face masks at all times in public places during the community quarantine or until the state of public health emergency is lifted.

Councilor Myrna Dalodo-Ortiz, proponent of the ordinance, told SunStar Davao in a phone interview that The Mandatory Face Ordinance aims to enforce stricter measures in the wearing of face mask as required by the local government while the entire city is still under community quarantine amid the coronavirus disease (Covid-19) pandemic.

Under the ordinance, violators will be fined P500 for the first offense, P2,000 for the second offense, and P5,000 fine or one month imprisonment or both for the third offense.

Dalodo-Ortiz said since the quarantine was imposed in the city months ago, many individuals are still not complying with the mandatory wearing of face masks in public places.

This despite being stipulated under the Department of the Interior and Local Government's memorandum circular, and the City Government of Davao's issued Executive Order 20 and 33-A.

"We find the need to enforce this. Di ta makaingon nga mandatory ang wearing niini kung ang tawo dili gyud mutuo. Ang nakita nato is that mapatuman nato kini kung magpatuman kita og penalties sa mga violator (We cannot say that we are mandating the wearing of face masks if some are not abiding with it. We see the need to implement penalties against violators so that we can fully enforce it)," Dalodo-Ortiz said.

Davao City Mayor Sara Duterte-Carpio, in a radio interview on Friday, July 3, raised her concern that some Dabawenyos are both not wearing face and improperly wear it in public places.

Duterte-Carpio said she already communicated with Dalodo-Ortiz to craft an ordinance since her executive order does not penalize violators and only the local Council can impose penalties through ordinances.

"As a mayor, I can write laws without penalties. That is one of the limitations of my law-making power. The only one who can draft law with penalties is the local councilor. So, we need an ordinance," the mayor said.

Dalodo-Oritz said the ordinance will also penalize those who are not wearing their face masks properly and those using the wrong type of face masks.

Face masks, according to the ordinance's definition of terms, is a protective device that seemingly fastened all over the face, such as the mouth, nose, and chin, which serves as a barrier for possible infection from transmittable disease, such as Covid-19, and other airborne pathogens.

The ordinance clause, she said, also reminds establishments to impose a "no face mask, no entry" policy in their premises.

Parents of minors who will be caught outside, and not wearing face masks, will also be held liable.

Dalodo-Ortiz said she already forwarded the approved ordinance to the City Mayor's Office. She said the ordinance will take effect 15 days after the mayor signs it, and is published in a local broadsheet, and social media account.

The councilor said it aims to help mitigate the spread of the Covid-19.

According to health officials, the right kind of face mask can be an effective tool in preventing the transmission of the virus, which is carried through droplets.

Data from the Davao City Police Office showed that as of July 8, a total of 44 individuals were apprehended for not wearing face masks since the community quarantine was imposed in the city.

Health Secretary Francisco Duque III said in a public state address on Tuesday that wearing proper masks can prevent the risk of getting Covid-19 by up to 85 percent while social distancing can reduce the risk up to 80 percent.