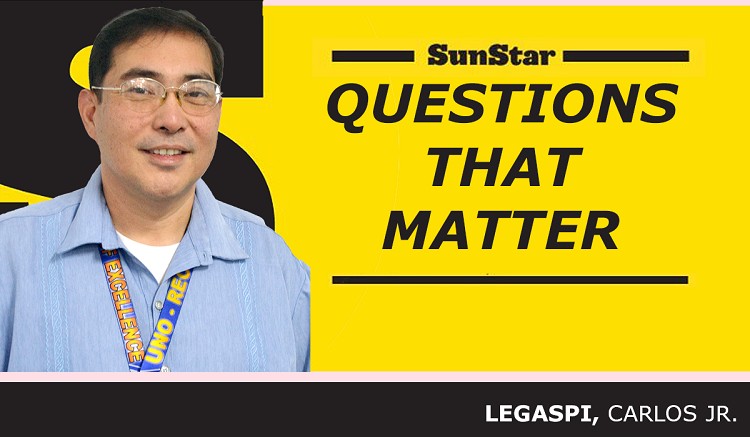 JULY 9, 2000, I received an early morning call from my late brother Bill. His voice was croaky and told me that our father, Eddie or Cap, was catching his breath. I rushed my way from Alijis to 19th street Lacson. My daughter, CJ, who was two years old at that time, had a very high fever. But I had to leave and see my father immediately. When I arrived, an Augustinian priest had just finished giving him the last sacrament. The three children and our mom were surrounding him and praying while our uncle and aunts were also around praying with us. We could do nothing but wait and pray to God to ease the pain. He expired peacefully that morning. He was 59 years old.

I have to admit that among the three of us, I was most favored by my father. We had a lot of similarities, they say. He was chubby and I too was chubby. He had the passion to serve others and I have the same. His dream was to be a military officer and when I was small that too was my dream. I remembered when I got sick, he was so worried but he would bring me toys to cheer me up.

As I used to recall, my father was not perfect. He had his misgivings. But I could say he did his best at work, in the family and everywhere he was.

At a very young age, he already had a passion to serve. He started working as a street worker in Silay City. This was greatly opposed by our grandparents but still because he wanted to be with his poor friends, he worked with them. There he gained more friends and knew a lot of things that he never got from his formal education. He learned from them the reality of survival. One time, when we had a chance to have a long chat, he told me of the lessons he had learned in life and one was to survive in this world and never to depend on what you already have but continue to work hard.

He took up commerce at then University of Negros Occidental. In 1962, he graduated and belonged to the last batch of UNO graduates. While at school, he was an active student leader and an officer of the Reserve Officers' Training Corps. After graduation, he went into civil service and after he married my mom in 1965 he got the chance of working in La Carlota. Upon their transfer to Bacolod, he was fortunately accepted at the Provincial Assessor’s Office. Later, he was appointed by then Negros Occidental Governor Alfredo Montelibano as Assistant Provincial Warden of the Negros Occidental Provincial Jail, the position he held until his demise.

During his stint as assistant warden, he was well-loved by both the guards and the prisoners. His principle in treating the prisoners was simple, he believed in the innate goodness of people. He took care of them as human beings and not as prisoners.

I remembered one time he was late on one of our family occasions. Everyone was waiting for him. We were a bit angry. Later we learned that he had to help a friend whose car bogged down. This friend has to stand as “maninoy” in Silay. So, he served this friend.

During the independence day in 2000, he suffered multiple strokes after attending the flag-raising ceremony at the Capitol Lagoon and passed away on July 9, 2000. Cap has left us a legacy that would always remember him as a man for others. Eternal rest grant unto him, O Lord, and let perpetual light shine upon him.

Congratulations to Fr. Walthrode Conde, OAR on the 60th anniversary of his simple profession.

Congratulations too to Dr. Nomer Mangulabnan on his election as President of Carlos Hilado Memorial State College. More power.