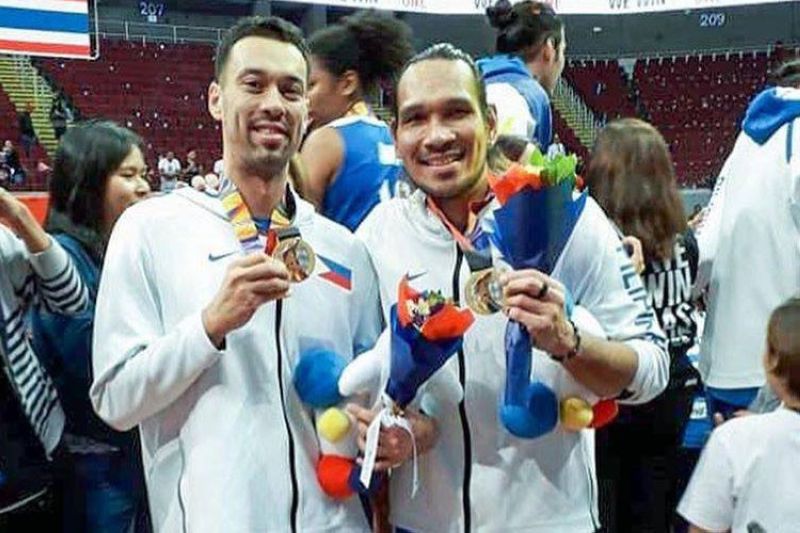 The desire of Cebuano big man Greg Slaughter to play for the Gilas Pilipinas men’s national team in the 2023 FIBA Basketball World Cup was music to the ears of officials of the Samahang Basketbol ng Pilipinas (SBP).

Butch Antonio, who functions as the SBP director for operations, said that the 7-footer will be a great addition to the national team pool that is methodically being established in time for the aforementioned tournament that will be co-hosted by the Philippines, Indonesia and Japan.

“He’s qualified to play for our national team,” said Antonio of the former Ginebra big man during an appearance on the Sports Page show.

Slaughter has been in the United States for a few months now after taking a break from the PBA after Ginebra won the Governors’ Cup title back in January. In his first statements since making that much talked about move, Slaughter said he is focused on earning a spot in the national team.

Showing his commitment to that goal, Slaughter has been training extensively under Gary Boyson at the DME Sports Academy in Daytona Beach, Florida. Now 32 years old, the Cebuano said he is preparing for what he hopes will be a leadership role on that 2023 national team.

The SBP’s special assistant to the president, Ryan Gregorio, said that Slaughter can be a vital piece on the national team. After all, seven-foot centers don’t grow on trees.

“That’s definitely a great development. The height of Greg would obviously be an important addition to our national team. You just do not get that 7-footer out of nowhere,” Gregorio said.

However, the addition of Slaughter, Antonio clarified, will be left to the Gilas’ coaches.

“Nasa mga coaches na yan if he will be invited to be part of the pool,” said Antonio.

“He has signified his intention to play. If he is available for that particular spot, then the coaches decide if there is a space for him. Of course by all means, we will embrace him,” added Gregorio. (JNP)