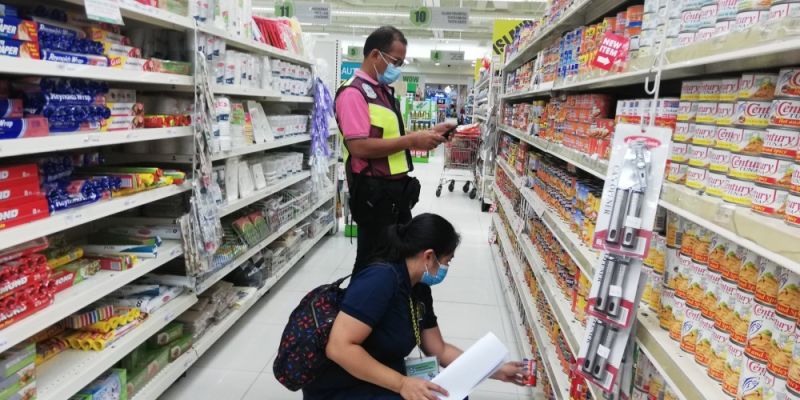 THE City Veterinary Office has confiscated and sealed several pork-based canned goods and hot meat in a mall supermarket in Cagayan de Oro on Wednesday, July 8.

The seized items will be disposed of at the Balubal Stock Farm.

Another 130 cans of luncheon meat, 19 cans of jamonilla, and 35 cans of sausage were sealed off by the City Veterinary Office pending completion of the necessary documents.

On September 27, 2019, Mayor Oscar Moreno issued Executive Order 172, which prohibits the entry of hogs, all fresh/frozen pork meat, and processed pork products from Luzon, Davao, and other identified African Swine Fever (ASF)-affected areas in the country and abroad.

The Department of Agriculture-Bureau of Animal Industry (DA-BAI) constantly reminds the public to report any unusual pig mortalities to farm veterinarians or to the nearest government veterinary/agriculture office, and to consult a physician when experiencing flu-like symptoms.

As published in several online journals, researchers in China have discovered a new type of swine fever that is capable of triggering a pandemic.

According to the study, the virus named G4 descended from the H1N1 strain that caused a pandemic in 2009. The study that was conducted in China from 2011 to 2018 revealed that 10.4 percent of swine workers had already been exposed and as many as 4.4 percent of the general population also appeared to have antibodies.

The DA-BAI assured the public that the Philippines does not import swine or pork products from China.