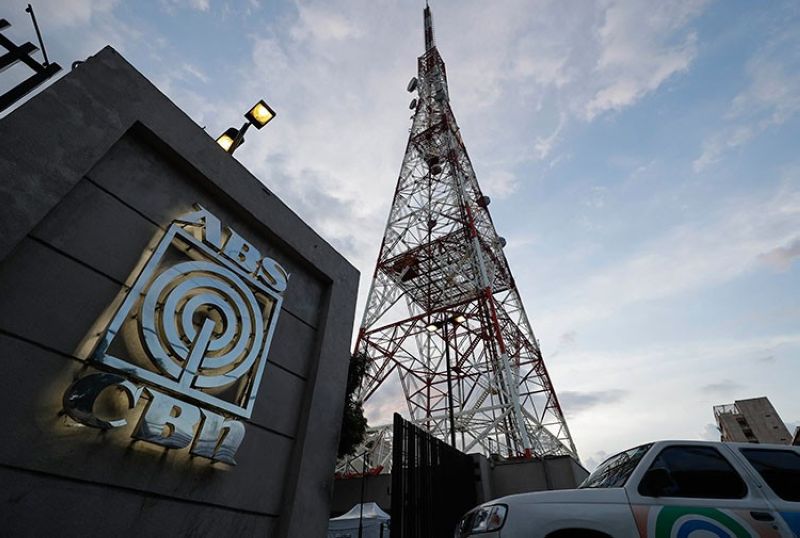 MANILA. A vehicle enters the property of the broadcast network ABS-CBN on Tuesday, May 5, 2020, in Manila, Philippines. (AP)

SIXTEEN lawmakers have reiterated calls to grant ABS-CBN Corporation a new 25-year franchise, saying the network was able to comply with the provisions and requirements of its previous franchise.

The 16 lawmakers issued a joint statement on Thursday, July 9, 2020, while the House of Representatives committee on legislative franchises wrapped up deliberations on the network’s application for a new franchise.

They earlier filed House bills and resolutions seeking to renew the franchise of the network.

After 12 hearings, the lawmakers said that the ABS-CBN was able to prove that the 1987 Constitution allows companies that have been operating for more than 50 years to apply for franchise renewal.

“Justice Assistant Secretary Nicholas Ty explained in his testimony at the legislative hearings that Congress can grant a franchise or even multiple franchises to the same applicant, as long as each does not exceed 50 years,” the lawmakers said.

House Deputy Speaker Rodante Marcoleta earlier claimed that the network can no longer have its franchise renewed as it has operated for 53 years.

Marcoleta cited Article 12, Section 11 of the constitution which states that “no franchise shall be granted except to citizens of the Philippines nor shall such franchise be for a longer period than fifty years.”

ABS-CBN president and CEO Carlo Katigbak argued that the network can still operate even after rendering its services for more than 50 years.

The lawmakers added that ABS-CBN was able to prove that its chairman emeritus Eugenio “Gabby” Lopez III is a natural Filipino and never lost his citizenship.

“Justice Undersecretary Emmerline Aglipay-Villar claimed at the hearings that the Department of Justice’s (DOJ) confirmation of Lopez’s citizenship is not an act of granting or perfecting his citizenship since he is already a Filipino citizen,” the group said.

The lawmakers stressed that ABS-CBN has created 11,071 job opportunities and complied with labor standards.

“Labor Undersecretary Ana Dione, referring to the routine inspection of DOLE (Department of Labor and Employment) on ABS-CBN’s premises in 2018, and the agency;s final order issued on January 2020, confirmed that ABS-CBN was fully compliant with the DOLE’s directives on labor and occupational health and safety standards,” they said.

“The Philippine Economic Zone Authority (Peza) said ABS-CBN did not use Big Dipper as a tax shield, and the Bureau of Internal Revenues (BIR) said that ABS-CBN has been paying the right taxes,” they said.

According to the lawmakers, the network was able to prove it adheres to the Fair Elections Act and the Broadcast Code of the Philippines.

“The Commission on Elections (Comelec), the Kapisanan ng mga Broadkaster ng Pilipinas (KBP), National Telecommunications Commission (NTC), and the Movie and Television Review and Classification Board (MTRCB) have affirmed that there have been no complaints filed nor unresolved concerns against ABS-CBN in matters on elections laws and violations of election laws and the broadcast code,” the lawmakers said.

The group appealed to the House leadership to approve the 13 pending bills filed for the franchise renewal of ABS-CBN.

“In this time of a pandemic, we need a vibrant and independent source of information and news to tell the people what is going on,” the lawmakers said.

“We call on our fellow members of the House of Representatives to grant and urge the House leadership to enable the quick passage of the bill granting a new 25-year franchise to ABS-CBN,” they added. (SunStar Philippines)