Suarez: Being an Olympian is worth the hard work 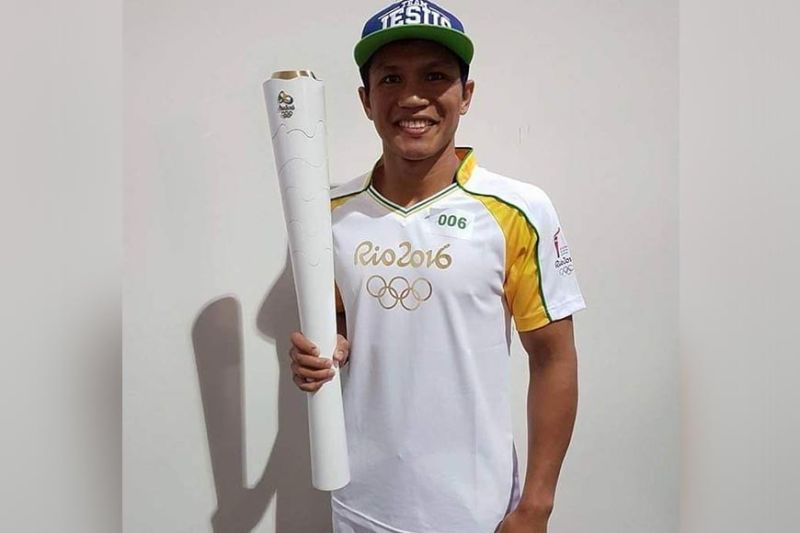 UNFORGETTABLE. Being one of the seven torch bearers in the Rio 2016 Olympics was an unforgettable experience for Davao del Norte boxer Charly Suarez.CONTRIBUTED PHOTO

COMPETING in the Olympics is the ultimate experience for every athlete.

He underwent a series of qualifying tournaments just to win a slot in the 2016 Rio Olympics in Brazil.

It can be recalled that Suarez, born in Sawata, secured his first Olympic berth by eking out a technical knockout (TKO) victory over Chinese Jun Shan in their AIBA Asian/Oceanian Olympic Qualifying Event lightweight semifinals clash at the Tangshan Sports Centre in Qian'an, Hebei Province in China in March 2016.

“Tanan nga paningkamot, kagool, kahago mawala tungod kay naka Olympics nako (all the hard work, anguish and weariness were worth it since I made it to the Olympics),” said the product of Barangay Una Boxing Team of Panabo under former Congressman Tonyboy Floirendo.

The 31-year-old Southeast Asian (SEA) Games triple gold medalist and Incheon Asian Games silver medalist shared that the first agenda of his pre-Olympic qualifying preparations was “to pray” then to “set the goal na mag Olympics through training and discipline.”

During the competition proper, he remembered having a mixed feeling of joy, nervousness and pride.

His most memorable experience, however, was being among the seven torchbearers representing the seven continents joining in the Olympics.

He said, “Sa Asia ako ang napili (I was chosen to represent Asia).”

During the closing ceremonies, a sense of relief dawned on him that at last, the Games were over. But what will be forever etched in his memory was the fact that he competed in the Olympics along with the best and brightest star athletes in the world.