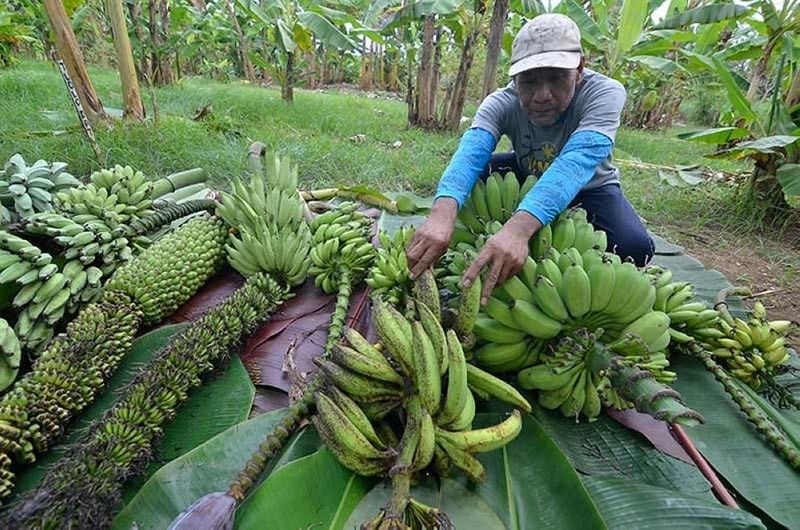 THE Department of Agriculture in Davao Region (DA-Davao) advised banana growers and exporters to consider the Comprehensive Land Use Plan (CLUP) of the areas where they will expand their banana plantations.

DA-Davao Regional Director Ricardo Oñate said many things may have changed in the lands of the provinces and planting areas for other commodity crops must also be considered to ensure food security.

“We are supporting the banana industry but balansehin po natin (we will also consider other crops). Doon po natin simulan sa Comprehensive Land Use Plan (CLUP) of each and every municipality para alam natin saan natin i-aanchor yung food security plan (So we will know how to plot our food security plan),” he said.

He said the banana growers and exporters must consult with the local government units for their expansion plans.

The Pilipino Banana Growers and Exporters Association, Inc. (PBGEA) has noted a gradual decline in the production of one of the country’s main export crops in the past years due to Panama disease, a problem that has been destroying banana plantations for more than 10 years.

PBGEA chair Alberto Bacani said one of the solutions that they have been pushing is to expand and plant bananas into Panama disease-free areas to increase production.

Another is to rehabilitate the abandoned areas of the Panama-affected banana plantations in Davao del Norte by planting the Fusarium-wilt tolerant Giant Cavendish Tissue Culture Variety (GCTCV-218).

He said their prospect areas are in the Bangsamoro Autonomous Region in Muslim Mindanao (Barmm) and some areas in Agusan and Surigao.

“Barmm area still has large tracts of contiguous land because the problem with bananas is that you can’t just plant them anywhere. It has to be a flat area, it has a certain elevation, and with drainage and access to water,” Bacani said.

DA High-Value Crops Program (HVCP) Director U-Nichols A. Manalo said it is important for the group to coordinate with the local and provincial government officials on the current setup of the land area where they wished to expand.

He said discussions must be done before the Mandanas Ruling takes effect.

He added high-value crops such as bananas will also be as they update the commodity road maps.

“Baka pwede nating ma-visit yun at pwede nating maconsider when we look at the land use plan. I believe nagawa na yun ng DA and we could use that as a blueprint doon sa sinabi mong food security and what particular areas can we expand and what particular areas should we not expand (Maybe we can visit and consider that and use it as a blueprint for the food security plan and know where can we and can we not expand),” he said.