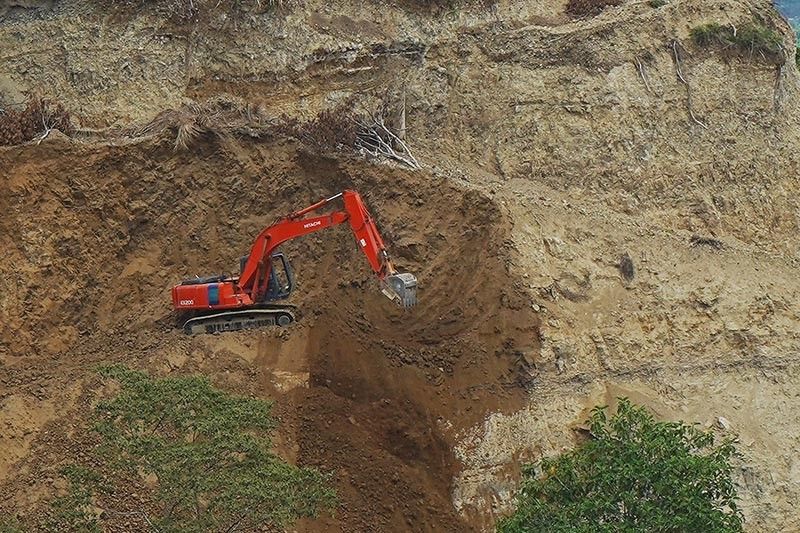 A DAVAO City councilor, who heads the committee on environment, is urging the City Environment and Natural Resources Office (Cenro) to fast track its study on the current threshold capacity of the Davao River to help in assessing quarrying operations.

Mahipus said his committee has not yet endorsed any commercial sand and gravel application to the City Council because he wanted to ensure that the application will not cause negative health, environmental and social costs to the communities in the area.

"Medyo strict ta ani, so ginalikayan nato nga naay overloading sa pag quarry (we are strict in approving quarrying permits because we wanted to avoid having too much quarrying along our riverbanks)," Mahipus said.

The study revealed that the Davao River in Barangay Malamba, Marilog District is badly silted. The riverbanks are disrupted and used as road access and motor pool for trucks. The road near riverbanks is also highly used due to the separator facility.

Idis Environmental Research Specialist Lemuel Manalo said they had long urged the city government to conduct a comprehensive threshold study on the number of quarry operations that are taking place along Davao River. This is to protect the waterways from being abused.

Manalo said their group is firm in opposing any application of sand and gravel quarrying because there is no existing baseline yet on the volume of extraction in the river.

Mahipus, meanwhile, said they share the same concern with the group, and the threshold study will give a clear assessment of the current state of the city's riverbank, which continues to degrade over the years due to excessive quarrying.

The councilor said there are some 80 quarry operators in the city. However, only an estimated 20 operators have permits as of May this year. He said the rest are still being reviewed in the City Council.

Mahipus said quarrying is allowed but he said the Council will scrutinize its approval.

He said applicants must secure a clearance from the Council to determine the location for the quarrying activity due to the existing Local Zoning ordinance.

"Ginasusi sa City Council kung kana nga area, makatabang ba na siya [quarrying] economically, and dili ba siya makadaot sa environment (we are meticulous in the Council in approving quarrying in a certain area. Among our considerations include if it will be economically beneficial and will not pose any environmental harm)," Mahipus said.