LGUs asked to prep for rise in dengue cases 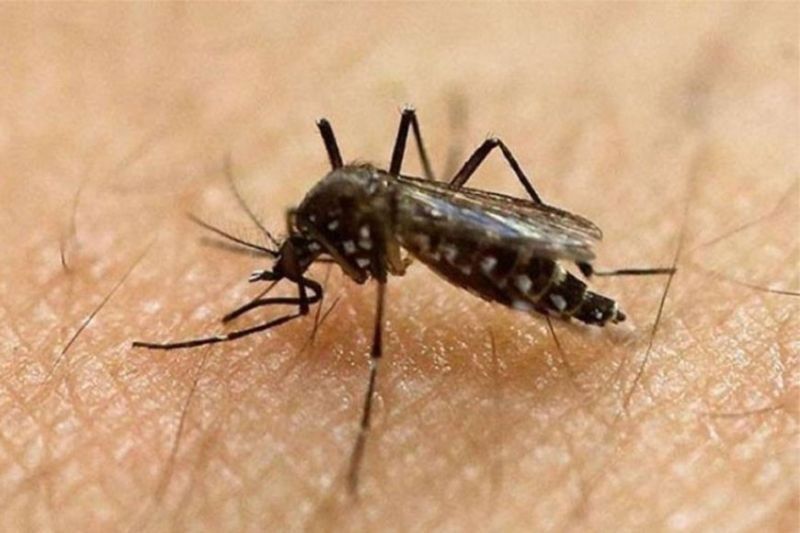 WHILE authorities and the public focus on the coronavirus disease 2019 (Covid-19) pandemic, the Department of Health (DOH) 7 is concerned about the return of a deadly seasonal disease.

On Wednesday, July 8, 2020, DOH 7 dengue program coordinator Dr. Ronald Jarvik Buscato reported that Central Visayas saw a continued rise in the mosquito-borne illness contrary to epidemiological projections that the number of cases would be low this year.

The Regional Epidemiology and Surveillance Unit (Resu) 7 logged a total of 8,724 cases from January until the first week of June.

This is 2.34 percent higher than the 8,524 cases recorded during the same period last year.

Buscato said based on a 10-year epidemiology trend, dengue cases spike every three years. The last spike was recorded in 2018 after a high number of cases was logged in 2015.

Last year, Bohol and Negros Oriental saw an upsurge in dengue cases. In August last year, the DOH declared a national dengue epidemic after 146,000 cases were recorded nationwide from January to June.

He said that for now, they have difficulty pinpointing the cause, especially since their dengue vector surveillance has been put on hold and the reports of their district reporting units are way behind due to health care workers focusing on the current health crisis.

Every quarter, he said, they require all local government units (LGUs) to submit or conduct an epidemiological survey, or dengue vector surveillance, to gather and monitor recent developments on the behavior of dengue-carrying mosquitoes.

The region, however, recorded fewer dengue deaths this year compared to the same period last year. From 55 deaths last year, only 31 deaths have been recorded in 2020. This is equivalent to a case fatality rate of 0.36 percent, which, according to Buscato, is still way beyond the national target of 0.1 percent.

Buscato called on the public to be extra cautious, especially since they are asked to stay at home amid the pandemic and the rainy season has already started.

He said as early as April 28, they already released a regional memorandum urging all LGUs and partner agencies to start preparing for the rainy season.

“The more people are gathering inside their houses, the carbon dioxide level rises. The heat radiated by the people inside attracts mosquitoes,” he said in a mix of Cebuano and English.

Meanwhile, the DOH 7 and the Office of the Presidential Assistant for the Visayas (Opav) have tapped LGUs to conduct regular blood drives in preparation for the dengue season.

The Subnational Blood Center for Visayas of DOH 7 conducted a blood drive in partnership with Opav Secretary Michael Dino, the Department of Social Welfare and Development, and the mayors of the cities of Cebu, Mandaue and Lapu-Lapu during the launching of the Donate Blood! Save Lives! campaign on Wednesday.

Dr. Mary Jean Loreche, the DOH 7’s chief pathologist, said the blood bank now has a low supply of blood since they haven’t been able to conduct as many blood drives as they would have liked to since the Covid-19 crisis started at the end of March.

“When you’re talking about the deficit, yes. I’ll give you the exact amount. As of July 8, what we have are three units of Type O+,” she said.

There may be less need for blood these days with fewer accidents and surgeries, but the available supply of blood is not sufficient, she said.

“Can you imagine? The subnational blood center provides blood for the entire Central Visayas whether it is a government or a private hospital. We are the only ones that supply blood,” Loreche said in a mix of Cebuano and English.

During last Wednesday’s blood drive, they limited the number of donors to 50 persons to ensure social distancing was observed, she said.

A week ago, the Philippine National Police provided 62 blood donors.

“Sometime in our lives, we’ll be needing blood. So if something happens to you, then you can rely on us. Because you donated blood, we can also give you blood when you need it,” Loreche said.

According to the press release of the Opav, the three areas in Central Visayas with the highest number of dengue cases in January and February this year were Cebu City with 696 cases, followed by Lapu-Lapu City with 568 cases and Mandaue City with 286 cases.

With the rise in Covid-19 cases and the expected surge in dengue cases during the rainy season, Dino emphasized the need for an adequate blood supply.

“This is to ensure that patients who might be needing blood, especially during this rainy season when dengue cases are expected to surge, can still have access to safe blood, which is an essential life-saving resource,” he said.

“That is why we have decided to make this launching the first of many more mobile blood donation activities in the coming days. With your support, together, we can make a difference,” Dino added. (WBS, KFD)