DILG brings back motorcycle backriding but only for couples 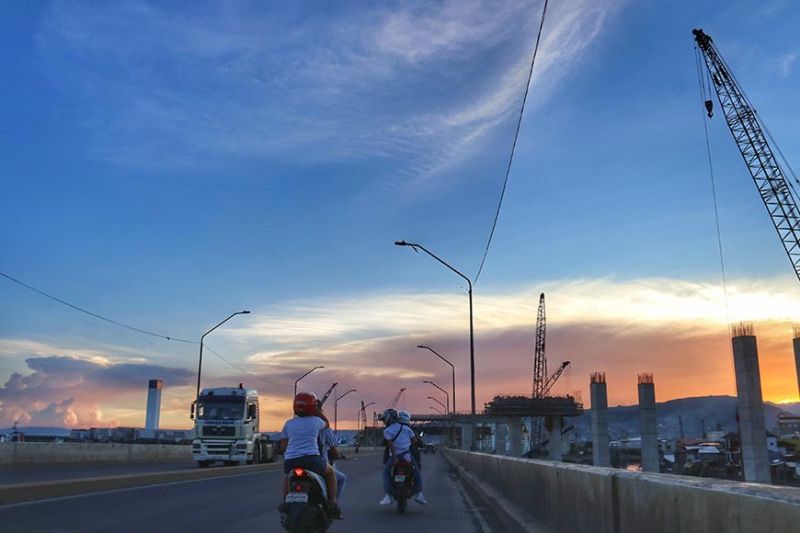 TEST DRIVE. Even before news broke out Thursday, July 9, 2020, on the announcement of Department of the Interior and Local Government (DILG) Secretary Eduardo Año allowing motorcycle back riding for couples living in the same house starting Friday, July 10, 2020 for GCQ and MGCQ areas, two motorcycles with backriders were seen cruising the now quiet highway at the Cebu South Road Properties (SRP). The Land Transportation Office Region 7 cautions motorists against jumping into the backseat of their motorcycles pending guidelines issued regarding the new DILG directive. (Amper Campaña)

BEGINNING Friday, July 10, 2020, motorcycle back riding will be allowed, but only for couples living in the same house in areas under general community quarantine (GCQ) and modified GCQ, Department of the Interior and Local Government (DILG) Secretary Eduardo Año said.

A barrier would also have to be installed between the driver and passenger.

Año said the National Task Force (NTF) Against Covid-19 has approved a motorcycle prototype proposed by Bohol Governor Arthur Yap, which requires the installation of a barrier between the driver and the passenger.

Yap, in an interview with SunStar Cebu, said he is thankful the Task Force listened to the suggestions of local officials.

“But I want to remind people who want to use this design to always follow traffic rules and the seating capacity of the habal-habal (motorcycles-for-hire). You cannot trade those rules for this,” Yap said in Cebuano.

The NTF is continuously studying other designs and features that will ensure the safety of the riders.

Año urged the public to propose other motorcycle designs that could prevent transmission of the highly contagious coronavirus.

He said proposals can be submitted to the NTF so that these can be further studied by a technical working group.

Lieutenant General Guillermo Eleazar, JTF commander and Philippine National Police (PNP) deputy chief for operations, said the guidelines will focus on the health and safety of the riders.

The guidelines will also ensure that persons pretending to be a couple will not be allowed to get past the checkpoints.

“First of all, Filipinos have the habit of finding excuses. They would do every alibi that they can think of just to circumvent the rules even if they are fully aware that what they are doing is wrong,” he said in a mix of Tagalog and English.

“Secondly, there is the ‘this can do’ attitude of some of our countrymen. What we want to avoid here are road accidents that may be caused by dividers that have not been built properly,” Eleazar added.

The areas under GCQ until July 15 are Talisay City and the towns of Minglanilla and Consolacion in the province of Cebu, Lapu-Lapu City, Mandaue City, Leyte, Ormoc, Southern Leyte, the National Capital Region, Benguet, Cavite, and Rizal.

The areas under MGCQ with strict local action in the Visayas are: the rest of Cebu Province, Bohol and Negros Oriental in Central Visayas;

The rest of the country is under low-risk MGCQ with fewer restrictions.

Año’s announcement was met with a sigh of relief by Cebu officials.

At Capitol, Gov. Gwendolyn Garcia said this will benefit many of her constituents who depend on motorcycles as their mode of transportation.

“This has been really the cry of so many. I am very happy that this has finally been considered by the IATF and by DILG,” Garcia said.

She is awaiting guidelines on the DILG directive so that this can be “faithfully implemented in the province of Cebu.”

In Mandaue City, Mayor Jonas Cortes said the DILG approval of motorcycle backriding for couples is something they have long wanted to happen.

“Although we will have to wait for the proper orders from the Central Office; but this is very important for our people to move on to the new normal,” Caindec said.

As of this writing, Caindec said, LTO 7 had yet to receive orders from its head office in Manila cancelling an earlier directive issued by the Department of Transportation (DOTr) under the Omnibus Public Transport Protocols/Guidelines which expressed that “motorcycles are prohibited from having backride passengers.”

Caindec said they will await guidelines on the matter as well as the NTF-approved prototype.

“This is good news for us,” Joher Ardon, president of Max Scooter Club Philippines-Cebu said especially since no public utility vehicles are plying their routes.

“We are overjoyed because if you really come to analyze it, husbands and wives, live-in partners and other couples sleep together in their homes. Now, why shouldn’t they be allowed to backride in motorcycles?” Ardon said.

While the rest of the country will soon see couples on board their motorcycles, this will not be the case for Cebu City as long as it remains under enhanced community quarantine (ECQ) status.

“I understand because we are under ECQ,” said Labella who has been asking DOTr to allow motorcycle backriding by writing a letter to the agency twice — in March and later in May, to reconsider its no backrider policy. (SunStar Philippines, WBS, ANV, KFD, HBL, PAC, JJL)