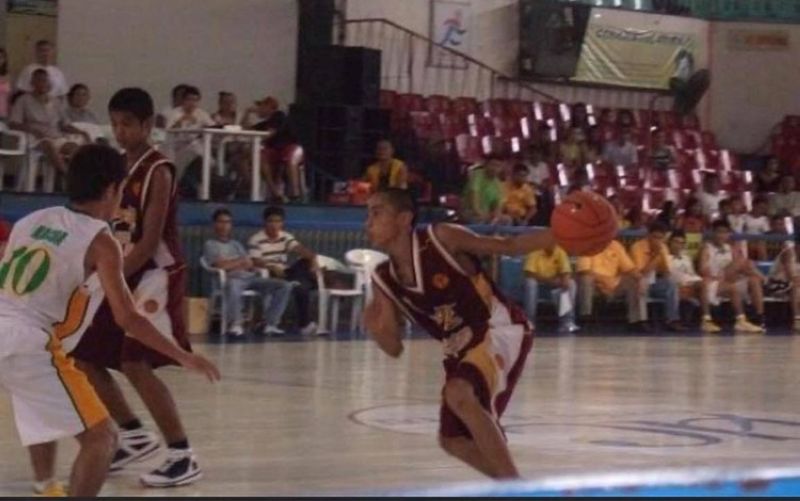 After getting passed on by five different Cesafi schools, Macmac Tallo found a home in CIT-U and promptly led the Baby Wildcats to its first and only Cesafi title back in 2009. (Contributed by Macmac Tallo)

Before he made it to both the Philippine Basketball Association (PBA) and the Maharlika Pilipinas Basketball League (MPBL), Cebuano basketball star Macmac Tallo was once a talented but wiry-thin prospect that five Cebu Schools Athletic Foundation Inc. (Cesafi) teams snubbed.

As a matter of fact, when he tried out for the high school team of the University of San Jose-Recoletos (USJ-R), Tallo, who now plays for Bacolod in the MPBL, vividly recalls being told “kaon sa ug isa ka sakong mais dong bag-o ka mubalik diri (eat a sack of corn before you come back here).”

The USJ-R stop was just one of numerous failed tryouts for Tallo.

Tallo added that his tryout was UV was equally rough, as the coaches didn’t even pay him any attention.

“Imagine this: there were around 60 players during that tryout. The coaches never paid any attention to me,” said Tallo with a laugh, as he recalled that jampacked tryout.

He eventually found a home at the Cebu Institute of Technology-University.

“After just one practice with the team, coach Alex dela Torre did not hesitate to get me,” said Tallo.

And so began Tallo’s tour of vengeance wherein he vowed to show every team that passed up on him that he was indeed worthy of a spot.

“I remember scoring more than 20 points on each of the teams that didn’t get me back in high school. And yes, that included USJ-R,” Tallo shared.

That insatiable desire to prove himself eventually panned out for Tallo as he led CIT-U to the 2009 Cesafi high school championship, picking up the Most Valuable Player award along the way.

Tallo says that kind of hunger is back with him now as tries to make his way back to the PBA after briefly playing for Talk N Text and NLEX. With renowned basketball trainer Joph Cleopas helping him out, Tallo vows to one day prove himself worthy of a spot in the big league.

It’s best not to doubt the man. (JNP)