Greg Slaughter signs with one of Europe’s most influential managers 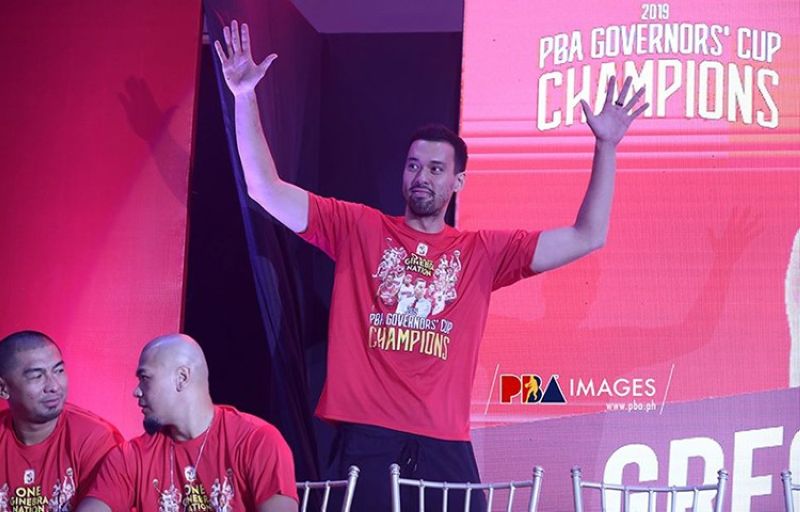 Cebuano big man Greg Slaughter announced that he has signed with one of Europe’s most influential basketball managers, Misko Raznatovic. (PBA photo)

Could Cebuano big man Greg Slaughter be on his way to play in Europe? The possibility is certainly ripe after the former University of the Visayas standout announced that he has signed with influential basketball manager, Misko Raznatovic, on Friday, July 10, 2020.

“I am very happy to announce that I’ve signed with @misko4raznatovic, owner of BeoBasket, the biggest international basketball agency in the world,” said Slaughter on his social media pages.

“They represent many athletes whom I greatly admire that compete in the NBA, EuroLeague, and Asia, They also represented the most number of players competing in the 2019 World Cup and I look forward to adding to that in 2023! ” the 7-footer continued.

Raznatovic is one of Europe’s biggest and most influential basketball managers and the owner of both the BeoBasket sports agency and the professional basketball club, Mega Basket. He has an extensive list of clients that include current NBA player, Cedi Osman, who plays for the Cleveland Cavaliers.

Slaughter adds to that list, becoming the very first Filipino player to make the roster.

“I am also extremely honored to be the first Filipino player in their roster,” said Slaughter, who is currently in the United States after taking a hiatus from the Philippine Basketball Association (PBA).

As of the moment, Slaughter remains unsigned to any team and is focused on earning a spot on the Gilas Pilipinas men’s national basketball team that will compete in the 2023 FIBA Basketball World Cup which the country will co-host.

“Wherever my journey takes me, I will always proudly represent the Philippines, especially our National Team. I will forever be humbled by the opportunities basketball and its fans have given me. Salamat sa pag patuloy na suporta,” added Slaughter. (JNP)