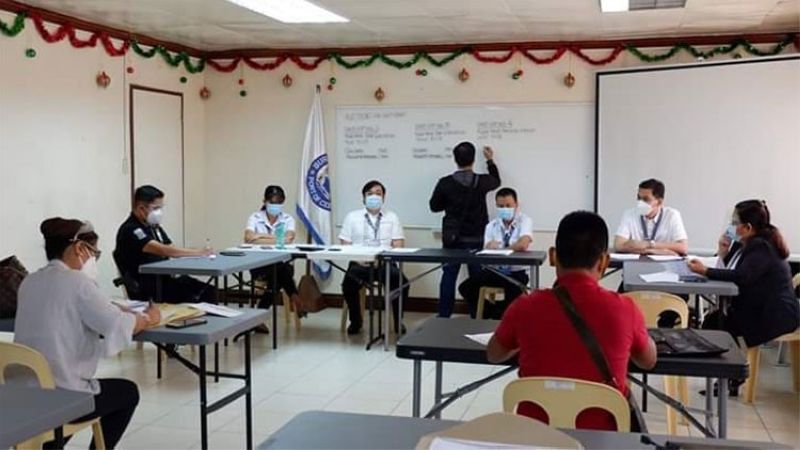 THE Bureau of Customs (BOC) Port of Cebu earned about P2.1 million after it auctioned off 28 containers of forfeited goods on July 6, 2020.

In a statement on July 9, the BOC Port of Cebu, quoting its acting district collector lawyer Charlito Mendoza, said the amount is an additional contribution to the government’s efforts against the current pandemic.

“As soon as final forfeiture against a shipment is declared in favor of the government, and the goods are not prohibited and still deemed of value, we auction it off so government can earn from the sale, and the goods do not go to waste,” Mendoza said.

He then commended the Auction and Cargo Disposal Unit (Acdu) and the Auction Committee for the successful auction proceeding.

In the three-day hands-on training, the customs personnel studied the features of the Astrophysics Portal Scanner Model HXP-75.

This is the model of the x-ray machine that the BOC inaugurated in June at the Cebu International Port Complex.

With the machine, scanning of containers is now deemed four to five times faster.

“Our personnel refreshed their learning on scanning analysis and profiling techniques, knowledge which they should sharpen to keep their skills abreast with the upgrade of our inspection technology,” said Carlos Joey Reyes, field officer of XIP Cebu.

He said the Bureau’s thrust is to upgrade both technology and personnel skills and knowledge to intensify boarder security measures and trade facilitation.

Astrophysics Asia Inc. engineers Jeffrey Fuertes and Felmar Abanto conducted the training which covered an overview on the efficient use of the new portal x-ray machine, maintenance and safety protocol and a practical test on actual inspections using the non-intrusive inspection machine. (WBS with PR)