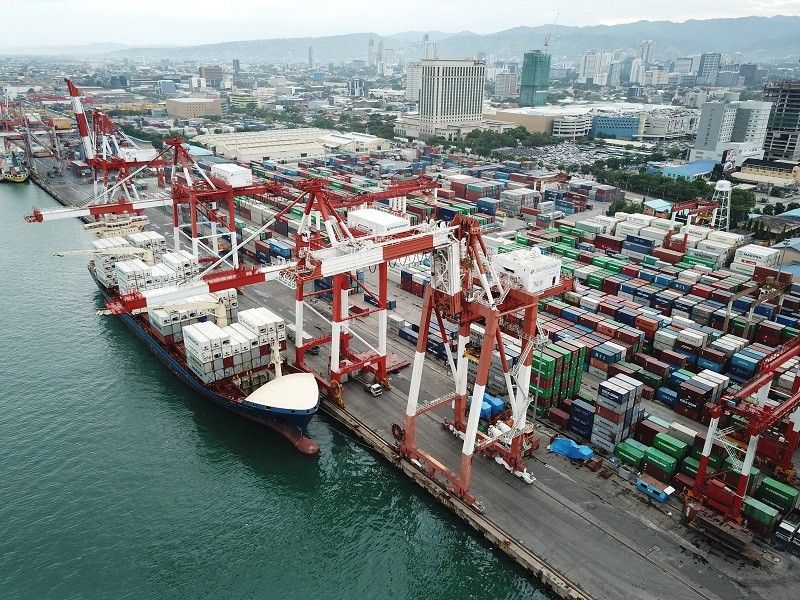 TRADE PERFORMANCE. The Philippines’ May export and import sales show weak performance on the back of a pandemic-induced health and economic crisis. / SUNSTAR FILE

THE country’s total external trade in goods in May 2020, which amounted to US$9.84 billion, declined at an annual rate of 38.7 percent. This is lower than the previous month’s annual drop of 59.5 percent but faster than its rate of decrease in May 2019 of 0.1 percent, the Philippine Statistics Authority (PSA) disclosed Friday, July 10, 2020.

Of the total external trade, 59.5 percent were imported goods and the rest were exported goods.

Total export sales in May 2020 amounted to $3.99 billion, down 35.6 percent from the $6.20 billion total export generated in May 2019. PSA said this is the third month that total exports consecutively declined.

In April, export value fell at an annual rate of 49.9 percent.

Of the top 10 major commodity groups in terms of exported value, eight had annual declines led by ignition wiring set and other wiring sets used in vehicles, aircrafts and ships (-70.4 percent), other manufactured goods (-50.6 percent) and chemicals (-37.2 percent).

By commodity group, exports of electronic products continued to be the country’s top export with total earnings of $2.29 billion. This amount, which accounted for 57.4 percent of the total exports in May 2020, decreased annually by 33.4 percent, from $3.44 billion in May 2019.

By major type of goods, exports of manufactured goods contributed the highest to total exports in May 2020, amounting to $3.183 billion (79.8 percent). However, exports for this type of goods went down by 37.2 percent from its level a year ago of $5.066 billion.

Total imported goods in the same month amounted to $5.85 billion, plunging at an annual rate of 40.6 percent.

This was the second highest annual drop since decreases were observed beginning May 2019.

In the previous month, the decline was higher at 65.3 percent while in May 2019, imports decreased by 1.2 percent annually.

The decline of imported goods in May this year was due to the decreases in nine out of the top 10 major import commodities led by mineral fuels, lubricants and related materials (-80 percent), transport equipment (-65.6 percent) and iron and steel (-61percent).

By major type of goods, imports of raw materials and intermediate goods accounted for the largest share of $2.535 billion (43.3 percent) in May. The imports for this type of goods, however, dropped 31.3 percent from $3.691 billion in May 2019.

Import value for personal protective equipment and medical supplies in May 2020 amounted to $32 million, up 64.9 percent.

China was the country’s biggest supplier of imported goods with a 21.5 percent share of the total imports in May 2020. Import value from this country amounted to $1.26 billion during the month, from $2.21 billion in May 2019.