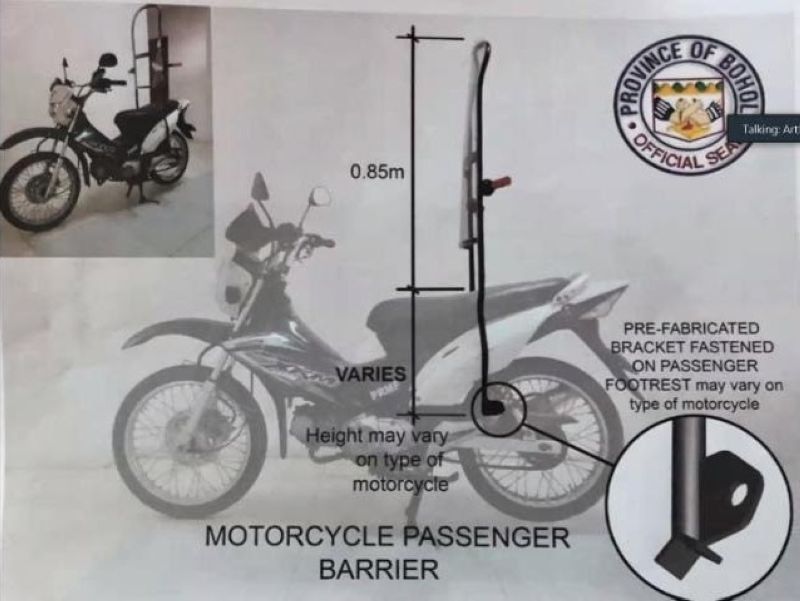 THE Motorcycle Federation of the Philippines (MFP) has expressed opposition to the motorcycle prototype approved by the government for backriding.

MFP director Atoy Sta. Cruz said putting protective barriers on motorcycles is “very unsafe” and “inconvenient” both for the driver and the passenger.

He said a helmet should be enough protection to avoid the transmission of the coronavirus disease 2019 (Covid-19).

Backriding on motorcycles is allowed starting on July 10, but only for couples living in the same house in areas under general community quarantine (GCQ) and modified GCQ.

The government has also required the installation of a barrier between the driver and the passenger.

Año assured that experts are looking into the design before its implementation. He said they are also still open to proposals.

He urged the public to wait as backriding among relatives, and not just couples and partners, would also be allowed soon.

The prototype approved by the National Task Force (NTF) Against Covid-19 was the one proposed by Bohol Governor Arthur Yap. (SunStar Philippines)