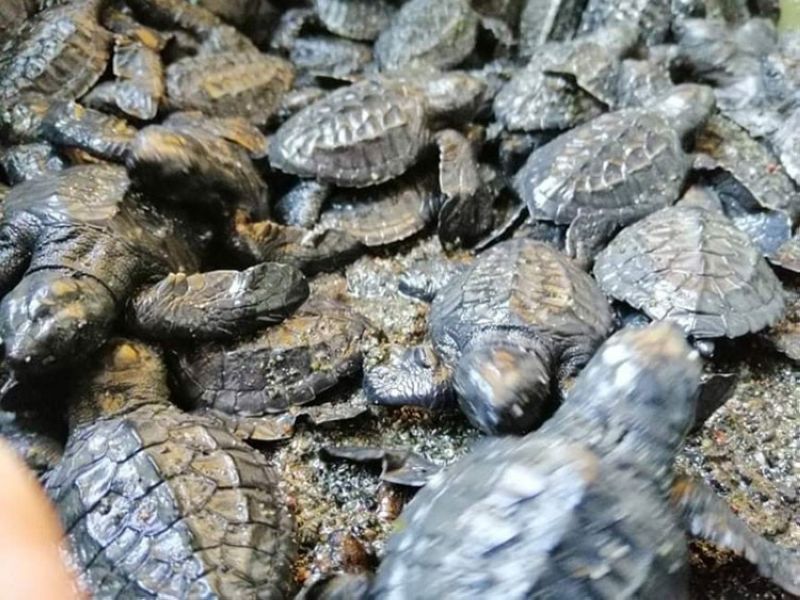 ZAMBOANGA. Officials of the Department of Environment and Natural Resources release earlier this week 90 Olive Ridley Turtle Hatchlings back to their natural habitat in Alindahaw village in Tukuran town, Zamboanga del Sur. A photo handout shows the hatchlings that were sent back to the natural habitat. (SunStar Zamboanga)

THE Department of Environment and Natural Resources (DENR) has released 90 Olive Ridley Turtle hatchlings back to their natural habitat in the province of Zamboanga del Sur.

Rosevirico Tan, DENR regional information officer, said the hatchlings were released by the Community Environment and Natural Resources Office of Ramon Magsaysay earlier this week at the shore of Alindahaw village in Tukuran town.

Tan said the Olive Ridley Turtle hatchlings were discovered by two sea watchmen while on a routine patrol along the shore of Alindahaw village.

He said the sea watchmen collected the hatchlings and turned them over to the fish warden, who in turn call the Cenro of Ramon Magsaysay for appropriate action.

He said the Cenro personnel responded and initiated the release of the hatchlings back to the sea.

Tan appealed to residents staying near the shoreline to help protect turtle hatchlings and other marine species.