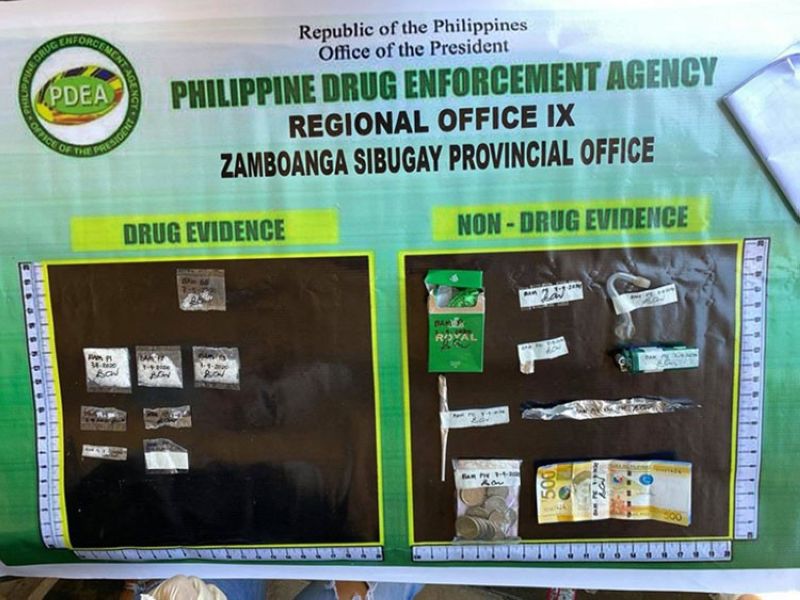 ZAMBOANGA. The Philippine Drug Enforcement Agency, backed by policemen, arrested seven people in an anti-drug operation that led to the dismantling of a drug den Thursday, July 9, in Ipil, Zamboanga Sibugay. A photo handout shows the shabu seized from the suspects. (SunStar Zamboanga)

SEVEN people, including three minors, were arrested by authorities in an anti-drug operation that led to the dismantling of a drug den in the province of Zamboanga Sibugay, an official said Friday, July 10.

Margate said the other three suspects, who are drug den visitors, were minors aged 15 to 16. They were turned over to the custody of the Municipal Social Welfare and Development Office (MSWDO) for appropriate action.

Margate said the drug den was dismantled as the joint PDEA and police team launched an anti-drug operation around 11 a.m. Thursday, July 9, at Row C of the Pasalubong Center in Poblacion village, Ipil, Zamboanga Sibugay.

The arresting team recovered from the suspects 15 grams of shabu with an estimated street value of P102,000, a bundle to boodle money topped with one genuine P500 bill as marked money, P525 in cash of different denominations believed to be proceeds in the sale of illegal drugs, and several illegal drug paraphernalia.