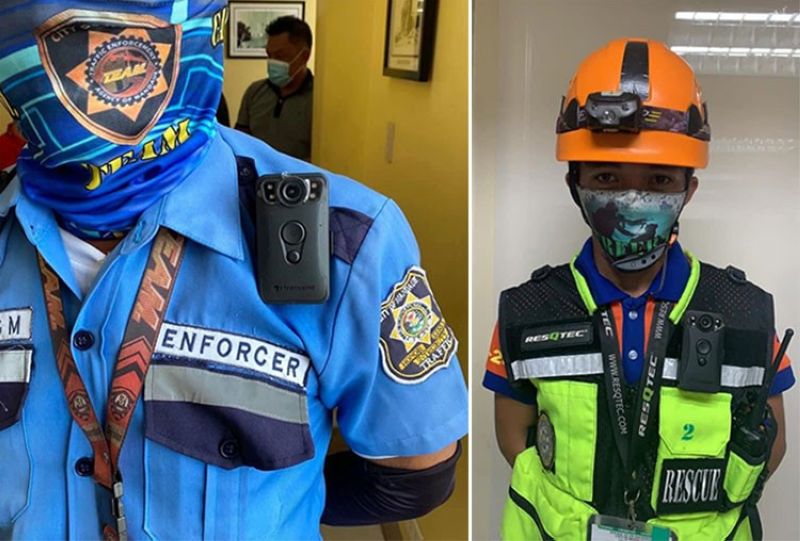 The body camera records any incident involving the person wearing it and keeps the files in a memory card. It is aimed at promoting transparency and accountability as well as improving legitimacy of an operation.

In a Facebook post, the Mandaue City Public Information Office said these devices will be worn by the traffic enforcers to record a video of any encounter with apprehended citizens.

Studies have shown that people behave differently toward officers when they are informed that their encounter is being recorded.

Malig-on said the enforcers were advised not to touch any buttons on the body camera from the time they receive the device until they return to the office.

Each device is fully charged and switched on upon turnover to the enforcer at the start of his shift. The body camera’s battery is good for 12 hours.

The enforcer returns the body camera to the Team office at the end of his shift and transfers the audio and video files to their server. Each recording is reviewed after every operation, Malig-on said.

He said the public may request for the footage on the body cameras if they have any complaints against a traffic enforcer.

For emergency response, the body cameras will be worn by CDRRMO members whenever they respond to alarms.

Felix Suico Jr., CDRRMO operations chief, said in a text message to SunStar Cebu that they will turn over the devices to their information technology (IT) department for review and backup after every emergency response.

The audio and video records will allow the responders to review and critique their behavior during a challenging situation.

Suico said these files will also be used as part of their training programs. (KFD)