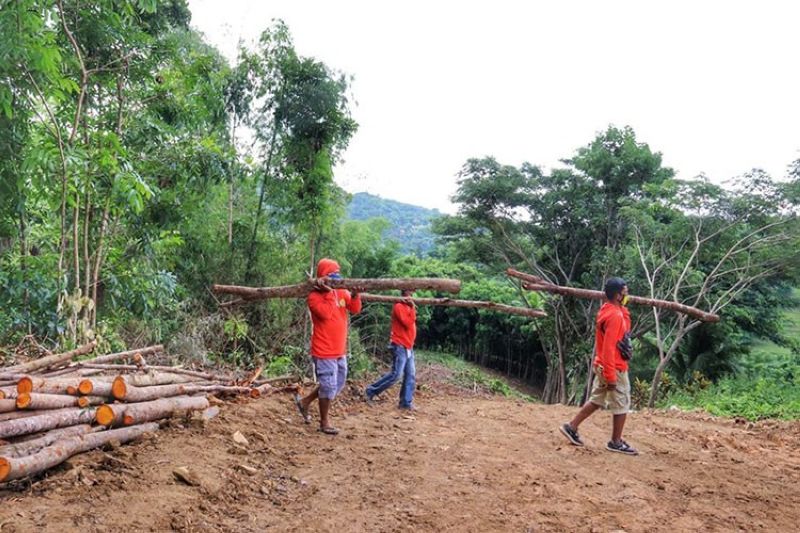 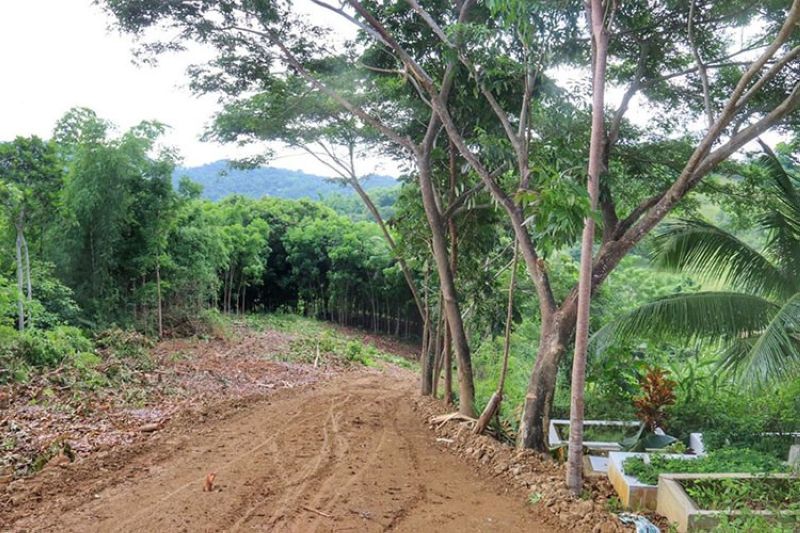 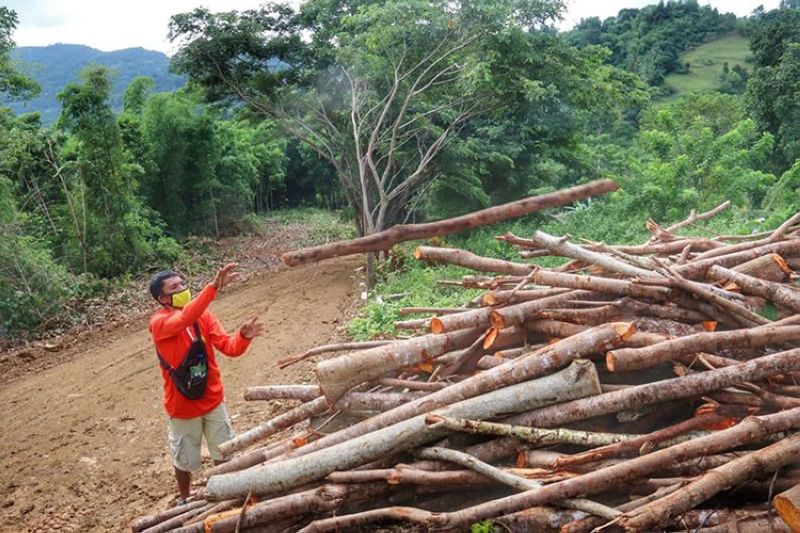 IN THE rush to build a new public cemetery to accommodate rising casualties of the Covid-19 pandemic, the Cebu City Government is being made to answer for cutting down more than 300 mahogany trees in Sitio Catives, Barangay Guba, an upland village within the city’s protected area.

The Department of Environment and Natural Resources (DENR) 7 issued a notice of violation to the Cebu City Government on July 10, 2020 for allegedly failing to secure a tree cutting permit from the agency.

The trees were also confiscated by the DENR.

Eddie Llamedo, chief of the DENR 7 Planning and Management Division, said the notice of violation was issued to give the City time to comply with all the environmental requirements needed in its plan to build a public cemetery on a five-hectare lot in the mountain barangay.

Llamedo said the City’s development plan has to be presented before the DENR and the Protected Area Management Board (PAMB) since it falls within the protected landscape of Cebu and is near a watershed.

He said an administrative adjudication proceeding has been scheduled to address the environmental concerns.

Among other things, the DENR 7 and the PAMB will determine if the cemetery development does not violate the Clean Air Act and Clean Water Act.

“It (development plan) will be heard by the Board on what are its potential impacts and assess what are the control mechanisms,” said Llamedo.

Environmental safeguards must not be compromised in the City’s development plan, he added.

Since the construction of the cemetery has been certified as urgent and will be done in coordination with the Department of Health, Llamedo assured the DENR will help the City in facilitating the process.

Llamedo said that since the protected landscape area has a multi-use zone, the lot may be developed as long as the planned development complements its existing land use.

At City Hall, Vice Mayor Michael Rama, chairperson of the environment committee, wants to scrutinize the cutting of trees in Barangay Guba. He said due process should have been followed before the trees were taken down.

Rama said the Council should intervene so that violations such as this could be avoided.

The barangay captains of Guba and its neighboring barangays were also present in the session along with environmental lawyers, a representative of the management of a Muslim cemetery located in the area, and the site engineer.

Councilor Alvin Dizon said while he is for the building of a new cemetery, this should be done in accordance with environmental laws and regulations.

Dizon called for an investigation into the cutting of more than 300 trees in the proposed site.

“Criminal cases are easily filed against small fishes like the ‘mangunguling’ (charcoal makers), but the big fishes seem to be getting away with it,” said Dizon.

Dizon said there is already scarcity of water in the city.

He said it would not be acceptable to cause further problems in the water coming from the city’s mountain villages.

However, the chiefs of five mountain barangays in Cebu City support the plan to build a public cemetery in Barangay Guba.

The barangay captains of Guba, Agsungot, Sirao, Cambinocot and Paril all agreed to the plan following a meeting on July 8 with officials of the DENR and the Covid-19 Inter-Agency Task Force for the Management of Emerging Infectious Diseases (IATF-MEID).

There’s nothing we can do about it because the cemeteries in the city are all full and if ever there are vacant lots, these are in private cemeteries which are expensive at P130,000, Agsungot Barangay Captain Peter Dumaolao said.

“That is why all five of us are now okay with the plan since Councilor Dave Tumulak assured us it would be safe since the Covid casualties to be buried in the cemetery will be properly sealed,” Dumaolao told SunStar Cebu.

Tumulak has said the Cebu City Botanical Memorial Garden in Sitio Catives will be planted with flowers and plants.

In an interview, Tumulak claimed the DENR 7 had approved their request to cut down only the smaller trees in the area to make way for the construction of the cemetery.

He said he has confirmed this with Casas that the DENR gave permission to cut down the trees. “He called Mr. Pasoc of DENR who gave us permission,” Tumulak said in Cebuano.

SunStar Cebu tried to get the comments of Casas but he could not be reached as of this writing.

Meanwhile, Tumulak, who was tasked by Mayor Edgardo Labella to oversee the construction of the new cemetery, urged Rama to support the project rather than oppose it.

“My advice to the Vice Mayor is not to blame the Executive Department because we are now in a time of pandemic and it’s important to answer the needs of Covid victims,” Tumulak said. (PAC, JKV)