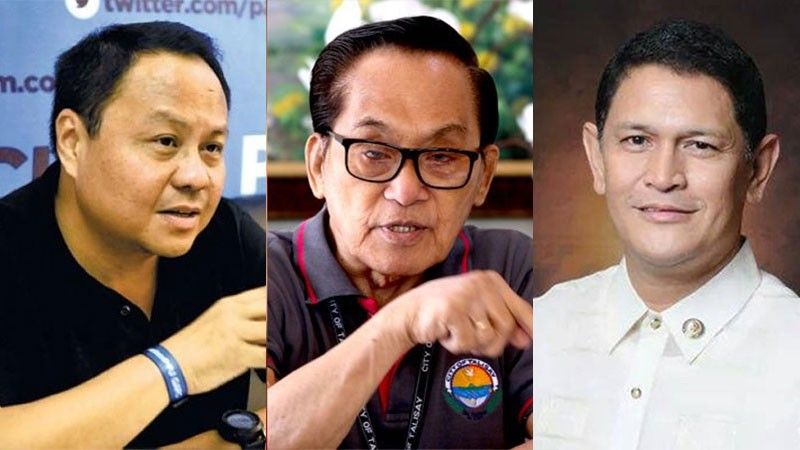 [1] 'SUPERMAN' SONNY OSMEÑA, not wearing a cape and was even half-naked as he was wheeled (or carried?) out from the hospital, after having survived a coronavirus infection. The explanation: he still had bed sores, which made wearing any clothing painful.

The comparison to Superman was made by the former senator-congressman-mayor himself in Facebook posts. John O. turned 84 last January 17. He said God must have a purpose for his longer lease on life. People wonder if that would be anything other than go into politics again.

[2] 'RESPECT THE DECISION." Some public officials are urging the people to "respect" the decision of the panel. Most people have no choice, with all the suffering they're now going through. A few may decide to go to court, which looks futile and hopeless. What the officials most probably mean is that people stop bitching about it, especially in public forums.

The historic vote the House committee on franchises conducted Friday, July 10 -- which killed the bills seeking to grant or renew ABS-CBN's franchise -- was a vote on the report of a technical working group.

PJ Garcia's group recommended (1) the denial of the franchise application of ABS-CBN and (2) the adoption of a committee resolution entitled "Resolution denying the franchise application of ABS-CBN Corporation to construct, install, establish, operate and maintain radio and television broadcasting stations in the Philippines." Both recommendations were overwhelmingly approved by the House committee on legislative franchises.

It was enormous work for the TW group, having to collate and sum up the testimonies and arguments on both sides and present the facts and the law that support its recommendation. And done in record time, as it had to be ready just as soon as the hearings were concluded.

A TV broadcaster compared morbidly the TWG role thus, "The technical group set up the guillotine and the members of the committee on franchises voted whether it should have the blade should fall on ABS-CBN's neck."

Inaccurate and sloppy metaphor since a guillotine is manufactured and has ready-to-assemble parts, while the TWG has to base its recommendation on facts and arguments presented at the hearings, like a panel of judges crafting a decision. Besides, the network was already terminated, shut down. It was just applying for a new lease on life.

Of the 70 members of the House committee on legislative franchises who voted against ABS-CBN, three were from Cebu, namely:

Garcia talked to media why he voted for the denial of the network's franchise. He didn't need to since the work of the Technical Working Croup on which the House vote was made speaks for itself.

But shouldn't Mendoza explain his vote against ABS-CBN? The sectoral representative, asked why he didn't want the franchise granted, said his vote spoke for itself.