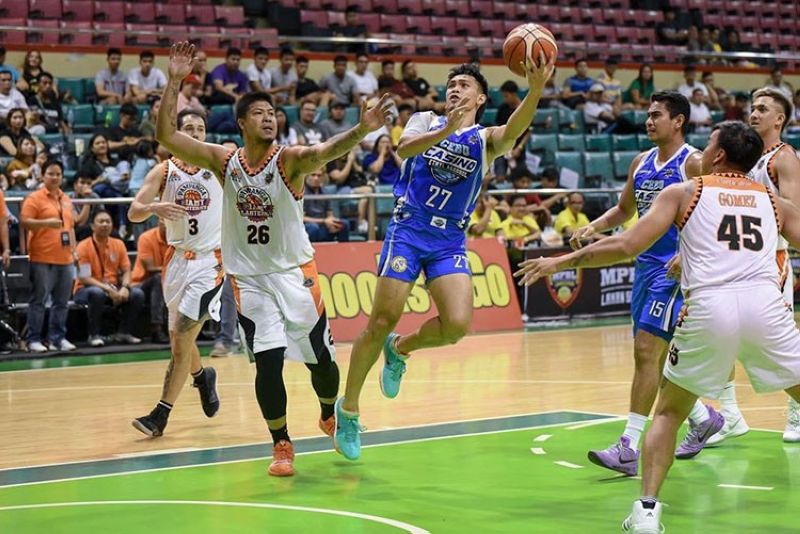 Guard Joel Christian Lee Yu said he appreciated the TV coverage of both the UAAP and MPBL games as it allowed his parents to watch him play without having to go to Manila. (MPBL Photo)

Cebuano athletes expressed their appreciation for the television coverage of their games that allowed their family members, relatives and friends to watch their games without having to go all the way to Manila.

This came to be after ABS-CBN S+A — the channel primarily known for covering UAAP, NCAA and Maharlika Pilipinas Basketball League (MPBL) games — bid goodbye after ABS-CBN was denied the renewal of the right to go on air.

The resolution, which was named “Denying the Franchise Application of ABS-CBN Corporation to Construct, Install, Establish, Operate, and Maintain Radio and Broadcasting Stations in the Philippines” covers all of ABS-CBN’s properties, including UHF channel 23.

This development means the country’s premier collegiate leagues, the UAAP and the NCAA as well as the budding regional basketball league, MPBL, will all have to look for a new television partner.

Cebuano shooting guard Patrick Cabahug remembered back in the day, watching the UAAP and Metropolitan Basketball Association (MBA) games and then, vowing to one day make it there as well.

He eventually got his wish to be on TV when he played for Adamson University in the UAAP. “I remember being in high school and I’d follow the games of the Cebu Gems and then, I’d also watch the UAAP games and afterwards, I’d tell myself that one day, I’ll play in those games being shown live on TV,” said Cabahug, who now plays for Valenzuela in the MPBL.

Former Cesafi Mythical Five guard Darrell Shane Menina said that having the games shown live on TV allowed his family and friends to witness his stint with the Mapua Cardinals in the NCAA. “Even though my family and friends were back in Cebu, they were still able to watch and support me. They would even take pictures of me being on TV!” said Menina.

Cebu guard Joel Christian Lee Yu said having the games on TV was great especially since his parents and relatives rarely got the chance to see his games live. “It was exciting to have my parents still be able to watch my games on TV. Even my relatives who are in the province were also able to watch. It’s really a huge factor since the teams I was on rarely ever came to Cebu to play games,” Lee Yu said.

Former Far Eastern University volleyball stalwart Marianne Calinawan added she was more motivated to play her very best when she knew that people were watching her from back home. “It was inspiring to play especially if the games were televised and I knew that my family, friends and relatives were tuned in. It felt great to know that a lot of people were watching,” Calinawan shared. (JNP)