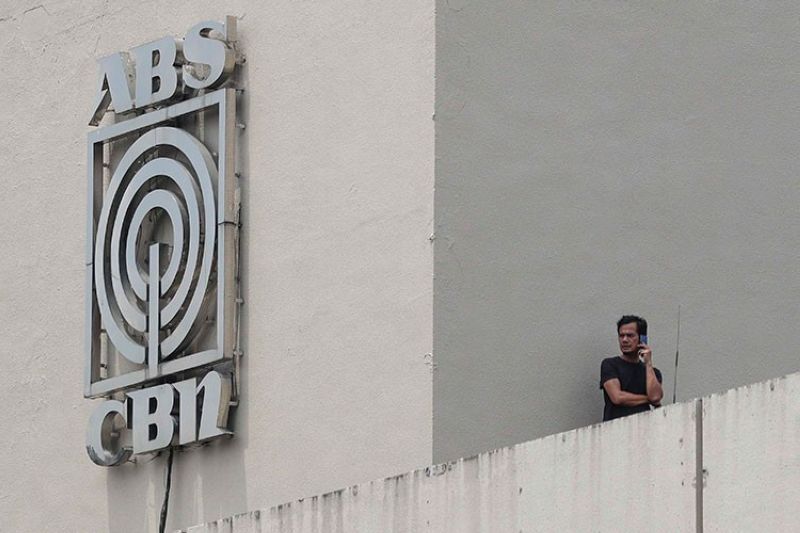 MANILA. A man stands next to a logo at the headquarters of broadcast network ABS-CBN Corp. on Wednesday May 6, 2020 in Manila, Philippines. (AP)

A FORMER head of the Catholic Bishops' Conference of the Philippines (CBCP) considered the House of Representative's decision to deny the franchise renewal of broadcast giant ABS-CBN Corporation as an "irresponsible" move.

In a statement, Lingayen-Dagupan Archbishop Socrates Villegas said he believes that time will come when those who abuse their power will face retribution.

"We continue to place our trust in the Lord of history, who guides the destinies of men and nations," he added.

The House committee on legislative franchises, in a vote of 70-11, adopted on Friday, July 10, the recommendation of its technical working group to reject the bills seeking to grant ABS-CBN a fresh franchise.

The lawmakers said the decision is due to the TV network's alleged “numerous violations” of the terms of its old franchise, which already lapsed last May 4.

But Villegas said the House's decision has resulted in depriving Filipinos of one source of information in the eye of the coronavirus disease (Covid-19) pandemic, while also leaving thousands of people unemployed.

"Granting a franchise is indeed a legislative prerogative. Our Catholic faith teaches us, however, that all power comes from God and therefore must be wielded responsibly. The exercise of power must always be ordered towards the common good," said Villegas.

Worse, he added, is that the lawmakers' actions were in deference to the desire of President Rodrigo Duterte.

Villegas noted how Duterte's threats to close ABS-CBN as a matter of public record, and that such a promise was fulfilled by the Lower House.

"Now that the matter of the franchise has been dealt a final blow by the Lower House, can our people be blamed for the perception that Congress, supposedly a fiercely independent body of the people’s representatives, has bent over in subservience to the President?" he asked.

The Palace, however, maintained on Friday, July 10, its neutral stance on the issue.

Presidential Spokesperson Harry Roque said the decision on whether to renew ABS-CBN's franchise for another 25 years lies solely in the hands of Congress.

“The decision of the House of Representatives committee on legislative franchises denying the franchise application of ABS-CBN Corporation is a sole prerogative of Congress that we in the Executive recognize,” he said.

“The Palace has maintained a neutral stance on the issue as it respects the separation of powers between the two co-equal branches government,” Roque added. (HDT/LMY/SunStar Philippines)