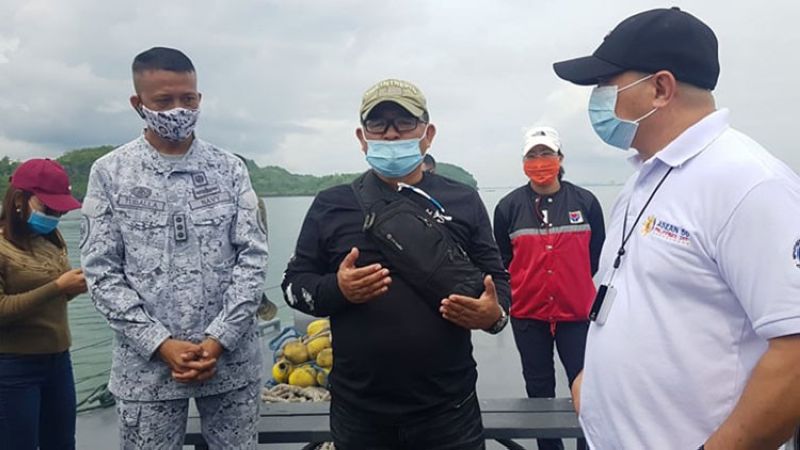 THE Office of Civil Defense (OCD)-Western Visayas conducted an ocular inspection on the damage brought by the oil spill from the AC Energy-operated Power Barge 102 in Guimaras Island.

OCD Regional Director Jose Roberto Nuñez was joined by Guimaras Governor Samuel Gumarin and officials from the Philippine Coast Guard, Philippine Army, Philippine Navy, Bureau of Fire Protection and the Department of Social Welfare and Development aboard the Philippine Navy vessel, as they surveyed the coastlines of affected barangays in the Municipality of Buenavista.

Nuñez and Gumarin criticized AC Energy's "slow response" to the tragedy, particularly in cleaning up the bunker fuel that littered the shorelines of Guimaras.

The governor also hit the firm's "lack of contingency plan" in the event of oil spill disaster.

Nuñez underscored the urgency of the situation, as he vowed to focus the efforts of the clean-up operation in the Province of Guimaras.

He said it should not take another week before AC Energy moves to collect the spilled hazardous waste that affected the marine ecosystem of the island and the livelihood of the Guimarasnons living in the coastal areas hit by the oil spill.

Meanwhile, Gumarin cast doubt on the declaration of the AC Energy that around 251,000 liters of fuel have spilled when the barge was damaged by an explosion last July 3, 2020.

AC Energy should be responsible enough to release accurate data that is essential for the declarations to be undertaken by the municipalities, he said.