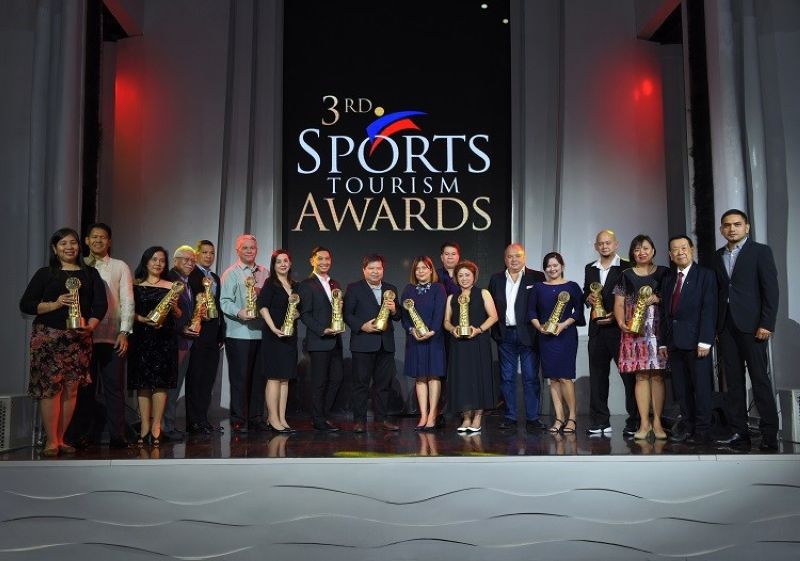 CLARK and Subic have been urged to jump-start the recovery of sports tourism in the country with the relaxing of different modes of community quarantine brought about by Covid-19.

The Philippines Sports Tourism Awards (PSTA) group made this plea as multiple sports associations and event organizers cautiously and with determination to prepare for the recovery of the sports tourism industry in the country.

Ironically, Clark and Subic experienced podium rewards after successfully hosting dozens of events during the 30th Southeast Asian Games at the 2019 year-end 11-nation meet. However, this fillip came to a naught after the Covid-19 epidemic caused disruptions and havoc to every discipline of sports throughout the world, a few months or weeks after, earlier this year.

Leading the global catastrophe on sports tourism is the postponement of the 2020 Tokyo Olympics scheduled for June and July, which will now be held in 2021 in a more simplified version. This tragic decision was unavoidable but rightfully made by the government of Japan and the International Olympic Committee.

Today the Bundesliga, La Liga and the English Premier League, among others, resumed to finish their fixtures, weeks delayed, with astronomical losses and minus the much-anticipated oomph for the winners - played to empty stadiums meant to hold 80,000 to 110,000 fans!

Other sports leagues will soon start but sadly, some events such as Wimbledon 2020, F1 in Japan, Singapore and Azerbaijan, Boston Marathon and at home, the SEA Para Games 2020 are already declared non-starters for this year.

As preparations are underway in all major sports and big leagues around the world, here too the Philippines is set to resume sports events. Waiting for the Covid-19 vaccine is not the answer; it's never that easy.

The social and economic impact of the quarantine claimed several red cards. We served time and will be extra cautious in the future. Now, enter the new normal.

Supporting PSTA's plea, Noel Manankil, president of Clark Development Corporation (CDC) said in a statement," Despite the setbacks we experienced in the past months, the tourism industry and tourism-related activities in Clark will soon rise once more to show what made Clark the sports tourism destination of the year for two years."

Subic, which is another jewel of a sports city, is also optimistic to flag off several sports events soon.

"The Subic Bay Metropolitan Authority believes that as resilient as the Filipinos are, Subic tourism will spring back to the heights it has reached before as one of the most popular destinations in the country. Now, this opportunity is upon us," assured Lawyer Wilma Eismer, chairman of Subic Bay Metropolitan Authority (SBMA), hinting that Subic is preparing the ground to maintain its status is a premier choice for sports tourism in the Asian region.

Both host cities and PSTA are prioritizing health safety for athletes, organizers, spectators and the host community in general. They pledged to follow guidelines of the Inter-Agency Task Force, the Philippine Sports Commission, Department of Tourism, local and international sports association and the local government.

PSTA's Lim observed that most upcoming events both in Clark and Subic are of mass participation. "It is but fortunate that many new practices in sports of mass participation be it for 500, 200 or 100 runners, bikers or swimmers are now in place although it may differ from country to country or city to city."

Ironman has activated five principals to the Return to Responsible Racing which are (i) Enhanced Hygiene (regular disinfection to donning PPE), (ii) Screening and Education (rigid scanning and testing days prior to event), (iii) Density Reduction (overall decrease in participants), (iv) Touchpoint Minimization (from registration to finish) and (v) Athlete Self Reliant (from nutrition to mechanical troubleshooting).

Princess Galura, general manager of Sunrise Events of the Ironman Group that manages and promotes more than a dozen major triathlons throughout the country asserts: "From the standpoint of local organizers and the LGUs, it is best to work with a big organization and brand like Ironman to jumpstart the economy.

"It will give confidence to participants and constituents as Ironman will also ensure that we do everything to ensure safety," she added.

As many host cities are discovering bubbles to connect and open up travel to safe cities, Clark with its international airport should lead in this direction. Relatively safe countries with direct air links would be Taiwan, Japan, Malaysia and Korea.

Lim expounded that non-contact sports such as golf, tennis, archery, surfing, sailing, kayaking, canoeing, shooting, lawn bowls, table tennis, badminton, diving, motor racing, cricket, baseball, waterski and wakeboarding should be encouraged fully in both Clark and Subic. These were sports regularly played or hosted by Clark and Subic during the 2019 SEA Games.

"The experience in hosting and investing in the last SEA Games in Clark, Subic and the New Clark City (NCC) should not go to waste. You should pick up where you left off just a few months ago. It's a legacy still in the making," reminded Lim, the founder and chairman of PSTA.

Both Clark and Subic also made it to the top sports tourism destinations in the country in recent years.

"The potential is beyond one's imagination and with NCC in its infancy, this sports hub will soon be unparalleled in the region," observed Lim.

Eismer hopes everyone can join her in Subic as they rekindle sports tourism there.

Manankil thanks everyone for their undying support and understanding which inspires CDC to constantly take Clark to the next level.