Danger that lurks in homes 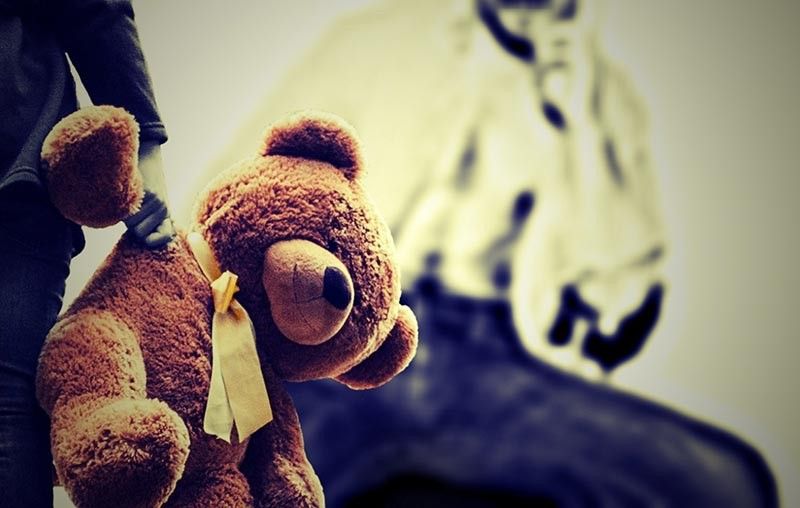 COMPLICATED. Of the 54 rape cases recorded in Davao City from January to June 2020, a number of it had been incest rape. However, due to the strong family culture in the Philippines, it is not easy for sexual abuse or rape victims to come forward. Photo by Pixabay 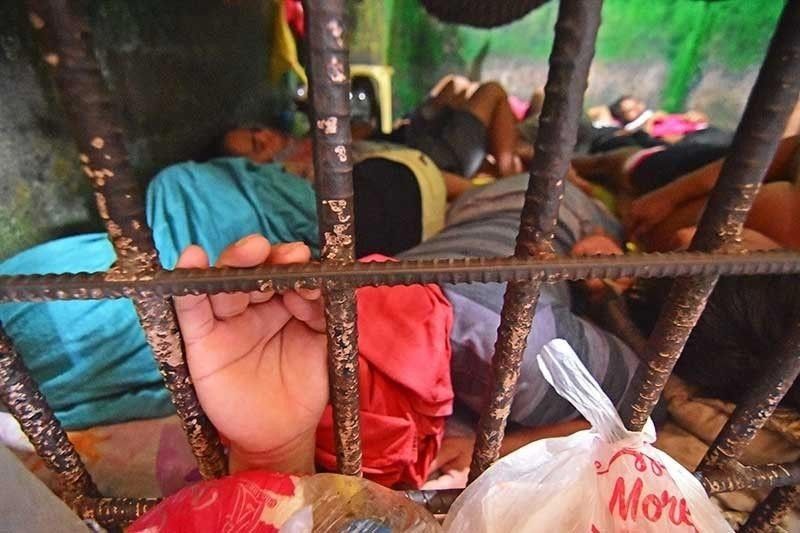 NOT ENOUGH? The Philippines’ Anti-Rape Law of 1997 is not enough to protect victims of rape and sexual abuse in the country. There is a need for authorities to strictly implement it and at the same time change the mindset of the society on rape. (SunStar file photo)

"STAY healthy. Stay safe. Stay at home". These had been a repetitive reminder of our government to the public in doing their share while they are currently affront in battling a silent enemy called the coronavirus disease 2019 (Covid-19).

But for victims of sexual assault, staying at home was never a choice, especially if they are locked up together with the perpetrators under a single roof.

Data from the Davao City Police Office Women and Children Protection Desk (DCPO-WCPD) showed that sexual abuse cases, which include rape, from January 1 to June 30, 2020, is at 54, slightly lower than the 65 reported in the same period of 2019.

With this, DCPO Chief Kirby John Kraft ruled out that the strict quarantine could potentially cause a spike in sexual abuses at home.

While it is true, according to Talikala-Davao executive director Jeanette Ampog, that Covid-19 restrictions cannot be factored in as a cause for the increase or decrease of recorded rape cases. But she said the figures are "only just a tip of the iceberg".

She said the data recorded do not even reflect a clear picture of the situation.

Hindrances in speaking up

EJ Sabado, Sociology professor of the Ateneo de Davao University, said the definition of rape and its effects on victims have evolved historically alongside ideas about gender and sexuality.

Rape and consent are culturally and historically contingent upon the particular sexual mores of a time. Recently, the definition of rape has been expanded to include any gender, and now contains stricter definitions of consent.

Sabado said social consciousness and awareness of rape and other sexual abuse had resulted in more reported cases in recent years.

Despite this, she said rape still becomes a contentious issue with victim-blaming. In most countries, victims of rape are still being stereotyped as aggravators of the act.

“There is no evidence-based finding that a victim can trigger the irrational behavior in the person who did the act. If we look at the psychological profile of these victims, they are not problematic. It’s the perpetrator, on the other hand, who has the problem,” Sabado said.

“Look at the raped infants. Why are they being raped? Do you think they can instigate people to harass them?” she asked.

Ampog, meanwhile, said the culture of victim-blaming in the Philippines hinders victims to speak up.

“Even women are blaming their fellow women on why they were being raped. Because our society still thinks women and children as a weak sector. Rape, for one, is a form of power tripping,” she said.

Even when the entire country was placed under strict quarantine, Ampog said there already an existing stigma for rape victims to speak up and file charges against perpetrators.

But because of the strict quarantine measures, they can't go out.

For Sabado, it would be “superficial” to conclude that there is a reduction of the reported rape cases.

With the city’s quarantine restriction now relaxed under the modified general community quarantine (MGCQ), it is expected that more victims would speak out or report to the police.

Rape within the family

With the 54 rape cases recorded this year, DCPO-WCPD chief Police Major Elisa Ramirez revealed that a majority of the sexual assault happened inside the victims' residences and involved suspects who are family members or relatives.

Dr. Maria Isabel Lemen, Director of the Center of Psychological Extension and Research Service of the Ateneo de Davao University, said since rapists are also quarantined within their homes, they tend to be sexually aggressive.

"People who tend to rape women would choose anyone who is convenient for them, like younger women, relatives, nieces, children, grandchildren, or people living nearby them," Lemen said.

Due to the strong family culture in the Philippines, it is not easy for sexual abuse or rape victims to come forward. Ampog said victims fear the person who raped or molested them, while others fear that their families will turn their backs on them.

"Incest rape is very complicated since those involved are family members. Instead of getting support, this would cause faction within the family and would lead to returning the blame to the victims. So in the end, they ended up either not continue pursuing the act, and would keep it to themselves," Ampog said.

Department of Social Welfare and Development (DSWD) Davao Region led Inter-Agency Councils Secretariat Carla Canarias said that rape and other special abuses on women and children are expected to increase.

Canarias said restrictions in the movement of people may result in some attitude and mental behavioral changes as the quarantine prolong, which causes the stress of the people.

"Since they don't have the outlet to release their stresses, it would more likely to encourage to commit a certain crime," Antero said.

Despite strict restrictions, the police official said they have continued to record liquor ban violators and drug buy-bust operations. She added most rape cases recorded during the pandemic were either under the influence of alcohol or illegal substances.

But whether there is a pandemic or not, the tendency of committing rape will always be there, Lemen said.

"Although it’s possible that the lockdown would worsen the tendencies because you are trapped in your own mind or environment since you are not able to do anything else. Hence, people might get obsessed or might think about raping others a little bit more than usual," Lemen said.

Sabado also agreed that the lockdown shouldn’t be directly attributed to an increase in rape cases.

“The lockdown had provided a perfect opportunity to inflict harm to others, especially for people with having long-existing psychological problems or mental health issues,” Sabado said.

Ampog said some victims might have been hesitant to report their cases personally to their nearest police precincts due to some quarantine restrictions on going outside and the fear of getting Covid-19.

"But still, we are happy that some victims still stepped forward, and file charges amid this pandemic," Ampog said. However, since the country is transitioning to the "new normal", she hopes the government could give more access for the victims to file and report cases, without compromising their security and health.

Ramirez said they have been aware that there could be a possible increase in rape cases during the lockdown.

With this, all DCPO precincts per district had opened their social media accounts, where rape victims can easily report their situation. Contact numbers are also posted in their accounts.

“We had intensified our campaign against any form of abuse on women and children through social media, prior to the lockdown. For our part, it is quite challenging because victims are afraid to go to the nearest police station since they cannot go out as they are also being monitored by their perpetrators. So through this, we can give them another mode of reporting, which would also guarantee their protection,” Ramirez said.

Integrated Gender and Development Division (IGDD) head Lorna Mandin said on the part of the city government, it also has its own 24/7 hotline for

reporting and rescuing victims of violence against children, through the Kean Gabriel Hotline.

However, Mandin still noticed that few people were reporting during the quarantine period. Hence, she said these offered hotlines and services must be intensified.

Rape victims, according to Lemen, must be dealt with proper interventions and sensitivity.

Victims, who continue to hide, are suffering from physical and psychological trauma. In the aftermath of an attack, many victims develop post-traumatic stress disorder (PTSD), a severe anxiety disorder.

“When people have no professional help, they tend to commit suicide and self-harm like cutting off their wrist and banging their head on the walls. They lost their ability to regulate their emotions,” Lemen said.

She said there is a need for peer and family support to allow victims of sexual abuse to cope with the aftermath.

But she said, “Know your limits of what and how you can help. If you’re not a mental health professional, and you don’t know much about handling people who have been sexually abused, then you refer them to a professional”.

Calls for the revival of capital punishment, through penalty, resurfaced following the increase of rape cases. This despite the enactment of the Anti-Rape Law of 1997, as rape remains the most frequent type of sexual abuse, followed by incest and fondling. According to Cameleon Association, 98-percent of rape victims are women. The incest percentage, meanwhile, is an alarming 33 percent.

However, Ampog believes the law is not enough to rid the society of rapists.

“Even if you would kill everyone, but if the mindset of the public on rape hasn’t changed, there will always be some individuals who would still commit in doing it,” Ampog said.

She said the law is already there, all it needs now is strict enforcement.

Lemen said interventions are also needed for abusers and rapists, depending on the case.

“Although I’m not saying that they are victims of circumstance, but sometimes they have disorders that need to be addressed,” she said.

In the United States, for example, she said given chemical castration, an anaphrodisiac drugs either to reduce libido and sexual activity. But in the Philippines, she said this kind of therapy is not popular.

She said because the Philippines is stricter in law enforcement, not much special intervention is given to suspects.

On the sociologic side, Sabado said there should also have a deeper understanding of the background of the suspects. Some sexual offenders might have previous childhood trauma of abuse and violence. Another aspect that must be looked at is the environment where the perpetrator grew up with.

The widened utilization of social media also adds up to the influence of committing and tolerating sexual abuse.

While Sabado said that this method is not in any way of tolerating such criminal acts, but in a way, this would not only reform the perpetrator but also prevent others from committing such acts.

“That is why there should be education and awareness on sexual and gender-based violence, starting within schools,” she said.

With the passage of the Mental Health Act in 2018, aside from law-enforcement, and socio-economic interventions, Sabado said the government should give more premium on the mental health of the public, who have been affected by the Covid-19 pandemic.

“We also have to have a clear psychosocial intervention that needs to be accompanied in our law enforcement. Mental health is a foundation of a strong nation. Health now is not only the absences of diseases, but health now includes mental health,” Sabado said.

She said challenging to the societal norm on its perception of rape and sexual abuse will always be a neverending struggle. But as long people would continue to raise their awareness and empower victims to speak out, it can prevent sexual abuse from happening to others. (RGL)