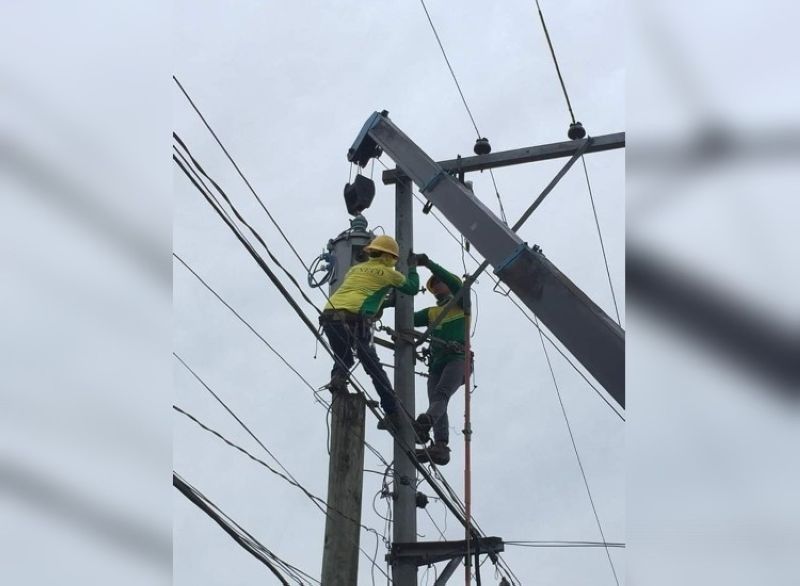 BACOLOD. Ceneco is one of the six distribution utilities reported to have been found to be in violation of the Energy Regulatory Commission advisories. (Ceneco Facbook Photo)

FOR consumer group Power Watch Negros, the statement of Central Negros Electric Cooperative (Ceneco) that it has not violated the advisories issued by the Energy Regulatory Commission (ERC) is confusing and inconsistent.

Its secretary-general Wennie Sancho said if there was no violation on the part of Ceneco, it should not have been included among the six distribution utilities (DUs) that have been found to be in violation of the commission's advisories.

"They should come up with a clear statement as to what are these specific amounts that were deducted," he said, adding that trying to find ways to evade their liabilities would only add to the confusion.

The cooperative, in a statement on Thursday, July 9, 2020, said all pertinent advisories particularly on the suspension of collection of some charges like Universal Charges-Environmental Charges (UC-EC) and the Feed-in-Tariff Allowance (FIT-ALL) during strict quarantine measures have been fully and correctly implemented.

Ceneco said the two advisories on the suspension of FIT-ALL were issued by the ERC on March 20 and April 15, respectively.

Its billing period starts every 16th of the month. When the ERC released its March 20 advisory, it already started billing the consumers for March.

"Our billing system does not allow changes in the rates in the middle of the billing cycle as this would result in non-uniformity of rates charged to consumers for the same billing of the month," it said.

Ceneco added that it was only able to implement the suspension of FIT-ALL charge worth P0.0495 per kilowatt hour (kWh) during the next billings, in April and May, in compliance with the April 15 advisory extending the suspension.

On the ERC advisory on the suspension of UC-EC worth P0.0025 per kWh for the next billing month until further notice, the DU said it has implemented the same starting June this year.

The consumer group, however, finds the statement as filled with inconsistencies as if Ceneco has already complied with the ERC order.

Sancho said it is frustrating for those consumers who are expecting reimbursement only to be informed that these "overcharges" were already deducted from their monthly bills.

"Like in the past, Ceneco management denied that there is an overcontracting of power supply, now they are trying to deny the consumers of their reimbursements because these were deducted already," he said.

"It [Ceneco] should come out with a credible explanation on this issue otherwise the consumers might think that something is being done surreptitiously," Sancho added.

Senate Committee on Energy chair Senator Sherwin Gatchalian earlier called on the ERC to penalize DUs that failed to comply with the agency's advisories and directives aimed at alleviating the financial difficulties of Filipino power consumers given strict quarantine measures.

Gatchalian, in a statement, said his committee received at least 204 complaints from 179 complainants.

At least six DUs have been found to be in violation of the ERC advisories including Ceneco, the senator added.