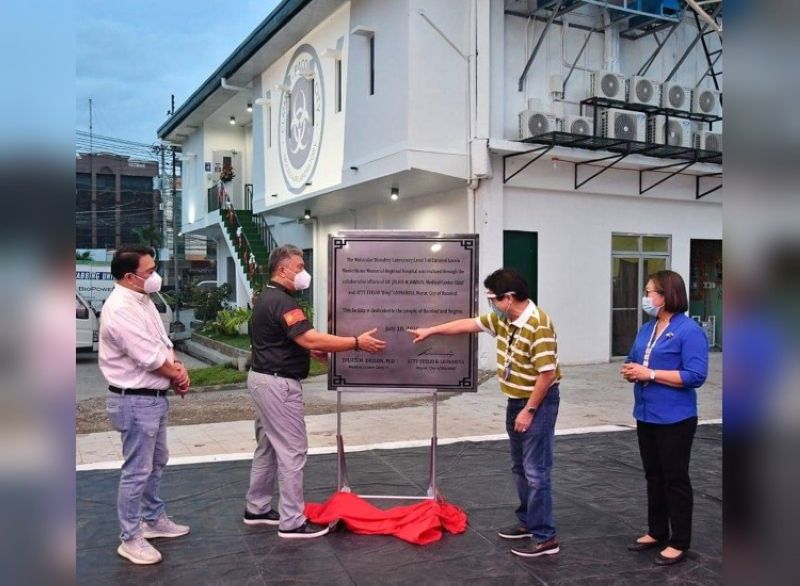 THE collaborative effort of the City Government of Bacolod and the Department of Health (DOH)-run Corazon Locsin Montelibano Memorial Regional Hospital (CLMMRH) in putting up the Molecular Biosafety Laboratory Level 3 facility was an undertaking taken in the right direction in terms of curbing the spread of the coronavirus disease (Covid-19).

The multi-million facility had its introductory operation on the birthday of Bacolod City Mayor Evelio R. Leonardia on July 10 and was officially inaugurated on July 11 with the presence of City and DOH officials.

Top men of this endeavor, Leonardia and CLMMRH Medical Center Chief II Dr. Julius M. Drilon, take pride in pursuing and realizing this vital facility for Bacolodnons and Negrenses, especially in the time of the pandemic.

"This facility is dedicated to the people of Bacolod and Negros," a commitment indicated by Leonardia and Drilon during the inauguration rites held at the CLMMRH compound.

"We offer this facility to the people of Negros as a national resource that can and will contribute to the national purpose, and to the world as a testament to the greatness of Filipino people," Drillon said.

This is the 78th biolab nationwide, fourth in Western Visayas and second in Negros Occidental.

Leonardia and Drilon cut the ribbon and unveiled the marker to officially open the laboratory.

The CLMMRH-Bacolod City Biolab is one of only three Level 3 biosafety laboratories in the country and the first outside Metro Manila. The other two laboratories are the Research Institute for Tropical Medicine (RITM) and the University of the Philippines National Institutes of Health.

It is also the first hospital-based Level 3 biolab in the Philippines and the first biolab established through a local government unit-DOH partnership.

The CLMMRH-Bacolod City Biolab can perform 100 tests per day, with a turnaround time of 72 hours.