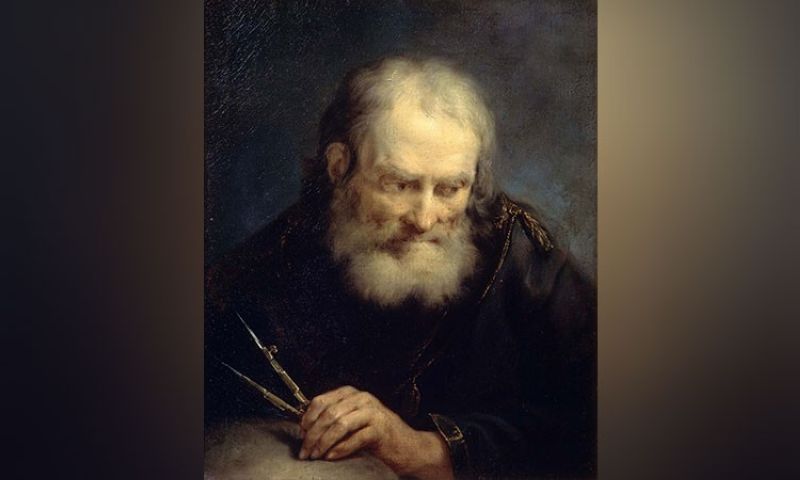 “EUREKA” (I found it) were the words of joy Archimedes shouted as he saw the bar of soap rising on the water of the tub he was immersed in. Dumbfounded, he saw his own body rising with the increase of the volume of water. In his excitement, he ran in his “birthday suit” through the streets of Syracuse in Sicily shouting out the law of buoyancy (“A body at rest in a fluid is acted upon by a force pushing upward, a.k.a. buoyant force, which is equal to the weight of the fluid that the body displaces.”)

This beautiful but humorous account of the great ancient scientist should be taken with a grain of salt. But what we know is the fact that Archimedes once studied in Euclid’s school of science at Alexandria, in Egypt.

To be accepted as true was the incident in which King Heiro of Syracuse, suspicious of the purity of the golden crown he received, commissioned Archimedes to determine the purity of his crown.

Archimedes promptly immersed the crown in one bucket, and some pieces of real gold of equal volume as the crown in another bucket. Thus, he proved to the king, applying the buoyancy principle, that the crown had some silver, and not pure gold as had been promised.

This eccentric scientist invented, among other things, the water screw, formulated the laws governing levers and pulleys for lifting heavy objects, discovered the center of gravity and the pi (3.1416 etc.)

This beautiful mind met a tragic end when during the Second Punic War, uncouth Roman legionaries barged into his home searching for booty. Disappointed and highly angered at seeing Archimedes’ bare room; watching him draw circles on the room’s floor, and told, “Don’t disturb my circles”(Nolite turbare circulos meos), the legionaries drew their swords and cut off his head, putting an end to the life of one considered “the Einstein of ancient times.”

So ended one of humanity’s truly beautiful mind.