EXPLAINER: Where P2.5 million for 'tuob' kits came from. Unauthorized spending? What we know and don't know. 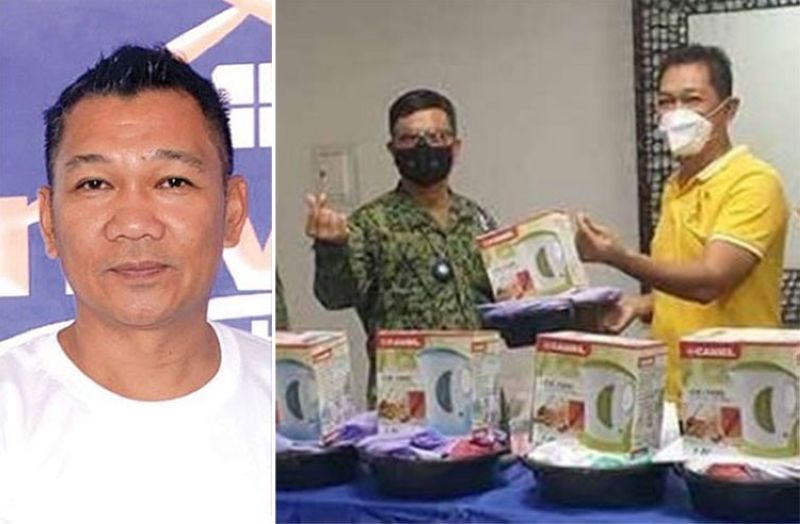 What the public knows

(1) P2.9 BILLION COVID BUDGETS. The Cebu City Council approved last June 17 Supplemental Budget #3, appropriating P1.9 billion for "urgent expenses" related to the Covid-19 pandemic. That was about P1.4 billion lower than the original proposed outlay of P3.3 billion but it's a hefty additional money to the March budget of P1 billion for Covid. The City Council has provided the mayor a substantial sum for the health crisis: so far, the total is P2.9 billion.

(2) NO SPECIFIC ITEM FOR 'TUOB.' There is no specific City Council budget for "tuob" or steam inhalation kits that City Hall has bought, totaling P2.5 million. But it seems the mayor can spend it, under a specific purpose or general purpose related to Covid-19. The City Council has imposed only the condition that the mayor submit liquidation papers.

The "tuob" kits spending -- 1,000 sets at P2,500 each -- could be charged to any of the amounts appropriated in SB #3, say, under such items as P500 million "aid for residents," or the P100 million "free hospitalization program." Or it could be charged to the earlier P1 billion budget, covered by the blanket purpose "Covid-19 expenses."

(3) NO CLEAR AUTHORIZATION. Purchase of "tuob" kits purportedly was not authorized, per City Council record and the word of the mayor.

The City Council resolution merely asked the executive department to study the benefits of "tuob." The mayor said he didn't sign any purchase request for the kits.

Councilor Jerry Guardo, who appears to be the point man in the purchase of the "tuob" kits, last May 6 posted on Facebook the mayor's supposed approval ("the mayor approved our proposal"). A photo showed the mayor watching the demonstration on how the kits were used. Maybe proof that he knew about it. But was it proof of approval of the purchase? The signed purchase request should settle that point.

What the public doesn't know

[1] WHO'S THE SUPPLIER, GUARDO'S ROLE. That is not known, not until the papers on the transaction are released. Guardo and Minority Leader Nestor Archival sponsored the resolution asking for a study on "tuob" benefits. Guardo has advocated for the alternative method of dealing with Covid-19 or its symptoms although he insists he has never pushed "tuob" as a cure. Genuine concern for the poor or a politician's penchant for adopting a populist cause.

The price of that has been the accusation that he allegedly made money by selling the kits or getting a commission, which has not been supported by evidence. The suspicion is fueled by the seeming high cost of each kit (P1,500).

[2] WHY THE KITS WERE BOUGHT AND DELIVERED if the mayor, as he claims, had not approved it.

Even City Hall reporters don't know the procedure, as their stories haven't disclosed and explained how the kits changed hands and ended up in BICs or barangay isolation centers where they were being used.

[3] WHETHER KITS ARE PAID ALREADY. Some say the money has already been paid, as the "tuob" equipment have been distributed to barangays. A City Hall watcher says that often the supplier delivers the product in advance, knowing he might be paid only after a long wait or not paid at all (one reason, insiders say, suppliers raise the selling price).

[4] WHETHER THE 'TUOB' WAS ADOPTED BY THE LGU despite the thinking of the task force about steam inhalation. Officials of the Inter-Agency Task Force at one time or another spoke out against its use. They even used pronouncements of a local official about steam inhalation as one reason for public apathy on health protocols. Cebu City's purchase of the equipment, using public funds, in effect officially approves the practice that the national government has frowned on or even rejected.

As can be seen here, there are still things to be explained.

The officials concerned can say they have more urgent business to address. Yet the cost of delay in telling the people the real score is erosion of public trust. And public trust is crucial to the campaign against the pandemic.