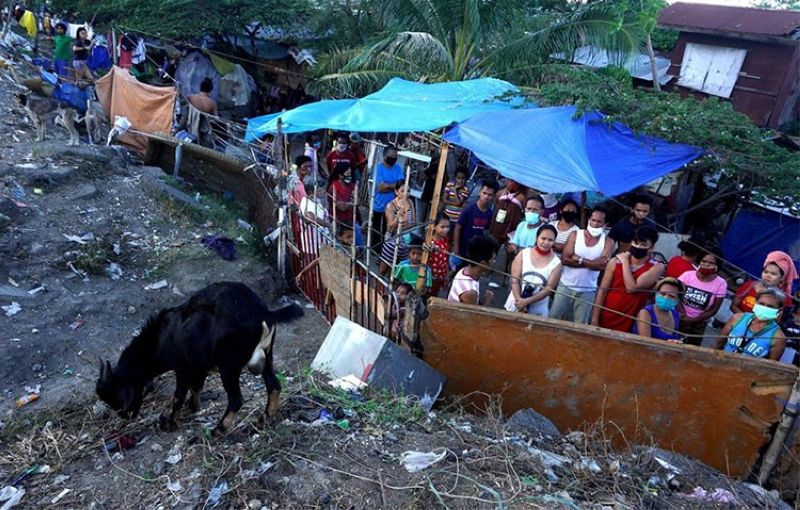 CEBU. Some residents of Sitio Pagatpat, Barangay Alaska, Mambaling, Cebu City complain that they were unprepared for the lockdown, which was earlier implemented in the village due to the number of Covid-19 cases. The IATF lifted the lockdown Sunday, July 12, 2020. (SunStar File)

AFTER almost three months of being on lockdown, five areas in Cebu City can now go beyond their sitios after the Regional Inter-Agency Task Force (RIATF) of the Management of Emerging Infectious Diseases in Central Visayas has concurred with the Cebu City Government to lift the lockdown in the areas.

The RIATF sent the notice to the village chiefs of the involved barangays on July 13, 2020.

The City, through City Administrator Floro Casas Jr., also the City’s incident commander, requested for the lifting of lockdown of the areas.

The RIATF resolution, approved on July 11, was signed by the Department of the Interior and Local Government (DILG) 7 Director Leocadio Trovela, who is also the RIATF chairman.

Tejero Barangay Captain Hermogines Galang Jr. said that as of July 13, only 11 active cases of Covid-19 remain in his barangay.

Sitio Zapatera in Brgy. Luz was placed on lockdown on April 11; Brgy. Labangon on April 22; Sitio Alaska in Mambaling on May 6; Sitio Gonzalo in Brgy. Tejero on May 15; and Bacayan in April.

Cebu City Mayor Edgardo Labella reminded the residents in the said areas that despite the lifting of lockdown, enhanced community quarantine and health protocol are still in place. (JJL, PAC)