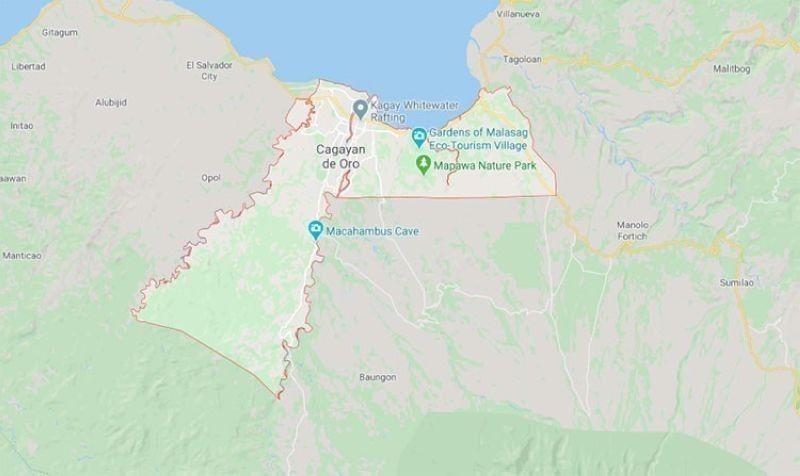 The total confirmed cases in Cagayan de Oro is now at 97.

The 91st case involves a 46-year-old female LSI from Manila. She is a resident of Barangay Carmen. According to Retuya, she has worked as a caretaker in Manila since November 2019 and has accommodation in Tondo. She went through the rapid diagnostic test with the result coming out positive.

The woman arrived in Cagayan de Oro via sea travel on July 2. At present, she's asymptomatic and staying in the Temporary Treatment and Monitoring Facility.

The 92nd case is a 47-year-old male LSI from Manila and a resident of Barangay Lapasan. He arrived in Cagayan de Oro via sea travel on July 7. He was swabbed on July 10 and the result came out positive on July 12.

The 93rd and 94th cases are a 26-year-old mother and her 4-year-old son. Both of them are LSIs from Quezon City and residents of Barangay Carmen.

Retuya said the mother was with her two children, including the 4-year-old son when she traveled to Cagayan de Oro. Her other child tested negative.

They arrived in the city on July 5.

Retuya said the father is a construction worker in Quezon City.

The mother and her two children are staying in the Temporary Treatment and Monitoring Facility at present.

The 95th case is a 35-year-old female LSI from Novaliches and a resident of Barangay Mambuaya. She arrived at the Laguindingan Airport on July 5 and was swabbed on July 10. The result came out positive on July 12.

She is asymptomatic and staying at the Temporary Treatment and Monitoring Facility.

The 96th case is a 19-year-old male baseball varsity player. He is an LSI from Manila and a resident of Barangay Consolacion. He arrived at the Laguindingan Airport on July 5 and was swabbed on July 10. The result came out positive on July 12.

The student is asymptomatic, Retuya said, adding that they were able to identify a close contact, his co-passenger during his flight going to Cagayan de Oro.

The 97th case is a 30-year-old female resident of Barangay 35. The woman is a sidewalk vendor at Cogon Market.

She was brought to the JR Borja General Hospital around noon on Sunday, July 12, after she experienced vomiting and episodes of loss bowel movement (LBM), approximately 10 times per day, for four days.

She was swabbed at the JR Borja General Hospital and the result came out positive.

According to Northern Mindanao Medical Center (NMMC) medical specialist Dr. Bernard Rocha, the woman was transferred to the NMMC at around 1:35 a.m. Her vital signs are stable, however, she continues to have episodes of LBM.

The CHO has identified eight close contacts of the 30-year-old woman. They are the woman's family members who are currently staying at the Temporary Treatment and Monitoring Facility.

However, the CHO and the Cagayan de Oro City Police Office are still searching for the vendor's common-law partner who left the woman at the NMMC.

"We are calling on the Muslim community to help City Hall locate and bring him in for quarantine," Retuya said.

Five sitios of Barangay 35 were placed under localized focused containment.

City Mayor Oscar Moreno, during the regular press conference on Monday, asked for the residents' cooperation with the CHO and police, adding that they will deliver the relief goods straight to their homes.