Davao City back to GCQ? 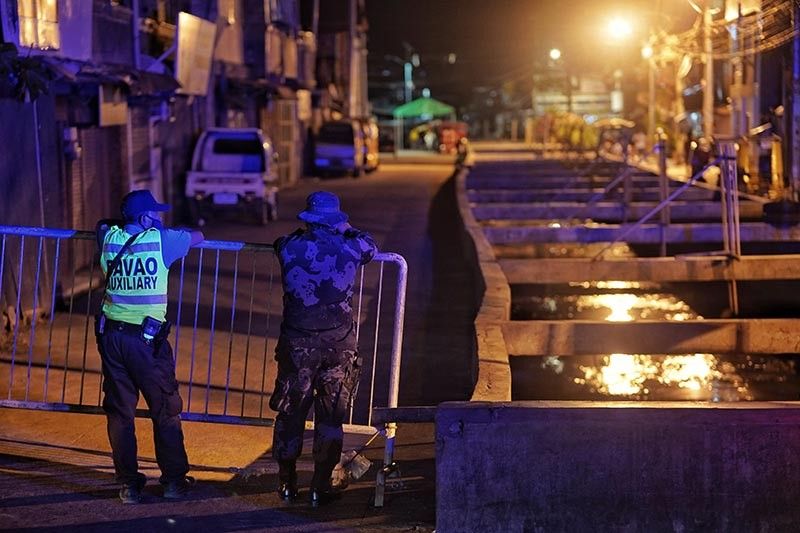 Duterte-Carpio said they received the information in advance from the Inter-agency Task Force for the management of Emerging Infectious Diseases (IATF-EID).

Contrary to her previous statement, the mayor said she will appeal to the IATF to keep the city under modified general community quarantine (MGCQ).

"We will try to appeal because there is a remedy allowed sa mga LGUs nga mag appeal sa ilahang classification (LGUs are allowed to appeal their classification)," Duterte-Carpio said in an interview via 87.5 FM Davao City Disaster Radio.

She, however, set the expectation of some Dabawenyos in case the IATF will not grant the City Government's appeal.

She also encouraged the public to read the July 2 version of the IATF Omnibus Guidelines for areas placed under GCQ.

Davao City was placed under GCQ from May 16 to June 30. Its classification was then relegated to MGCQ starting July 1, but with strict local action being applied on localized community quarantine, zoning, strict enforcement of minimum health standards, scale-up of health system capacity, isolation of overseas Filipinos, locally stranded individuals, and close contacts.

More establishments were allowed to operate under MGCQ. Despite the easing of the restrictions, the city continued to implement food and medicine (FM) passes and its coding scheme, curfew, and the 24-hour liquor ban.

Duterte-Carpio earlier said that the City Government deemed that the Covid-19 case management in the city is manageable. Yet, it has been noted that Covid-19 cases surged with the city under MGCQ.

Based on the data from the Department of Health-Davao Region from July 1 to 12, the city recorded 145 new cases, while 113 recovered, and two died during this period.

Davao City remains to be the Covid-19 hotspot in Davao Region. The entire region has now 756 total confirmed cases with 456 already recovered and 35 deaths.

It was also during this period when the city government imposed a barangay lockdown in 23-C for being a Covid-19 hotspot in the city.

Duterte-Carpio said the past four days had been critical due to the rapid spread of the virus.

The mayor earlier said that they had expected the surge of cases because of the resumption of mass transportation and domestic commercial flights.

The mayor also said they observed that some residents in the city have continued to disregard health protocols like wearing face masks. She also reminded people to only go out for work, to buy food, or buy medicine.

She added that the public should have a "stay-at-home mentality" since there is still a community quarantine due to the continuing threat of Covid-19.

"Dili man 24 hours magbantay ang gobyerno sa inyo, dapat on your own, naa mo'y stay-at-home mentality because duna ta'y quarantine (The government cannot monitor everyone for 24 hours. People should have a stay-at-home mentality because we are still under a quarantine) And what we are trying to do is reduce the number of positive cases para di ma-overwhelm atong (inorder not overwhelm our) hospitals," she said.

The mayor said the city is currently intensifying its Covid-19 response like case finding within communities and health screening to arriving passengers.

Also, the city still implements localized lockdowns in communities with a large number of Covid-19 cases.

Duterte-Carpio said the city cannot afford another lockdown, as it will have a huge impact on the city's economy.

Presidential Spokesperson Harry Roque, meanwhile, said on July 13 that some areas in the country would also be elevated to a higher quarantine status due to the significant increase of cases.