Terra Firma Dyip relishes having exclusive gym to train in 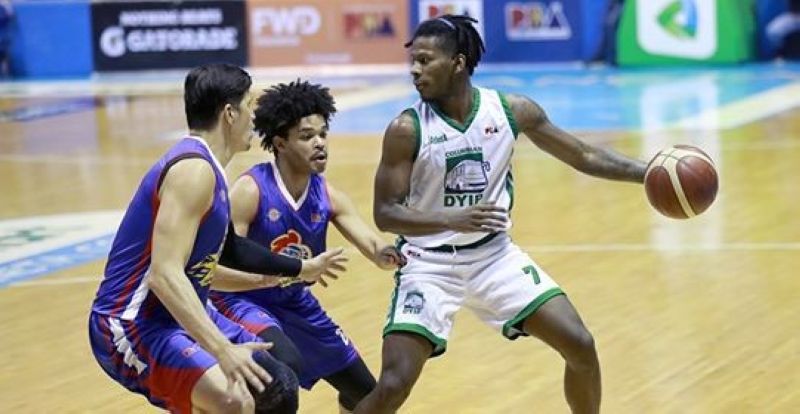 Terra Firma star CJ Perez and the rest of his Dyip teammates will have the benefit of having a gym that will be exclusive to them. (PBA photo)

The Terra Firma Dyip is preparing to make waves in their second season in the Philippine Basketball Association (PBA) and they will have every opportunity to do just that after it was revealed that they have a training facility made exclusively for the team.

The Dyip has built its own training complex called “The Hardcourt” inside the Azure Urban and Resort Residences. This will come in handy once teams are allowed to go practice in small batches starting next week.

The exclusiveness of the gym bodes well for the Dyip team as the PBA and the rest of its teams try to get back on track after its 45th season was suspended back in March because of the COVID-19 outbreak.

Although the Inter Agency Task Force for the Management of Emerging Infectious Diseases (IATF) has already given the green light for PBA teams to return to practices, they can only do so in batches of six. This includes four players, a trainer and a health officer who will be on hand to make sure that all health protocols are being strictly followed.

"Our team will definitely have one of the most strict disinfecting protocols in the league. Ang maganda kasi sa amin is we have our own gym na strictly for our own use only," assistant team manager Dr. Ivy Bautista was quoted as saying on the PBA website.

Terra Firma's practice facility also has its own weights room and a swimming pool nearby.

Aside from Terra Firm, the Meralco Bolts and the NLEX Road Warriors are the only other PBA squads to have gyms that are exclusive for their use. (JNP)