Moralde to fight without audience 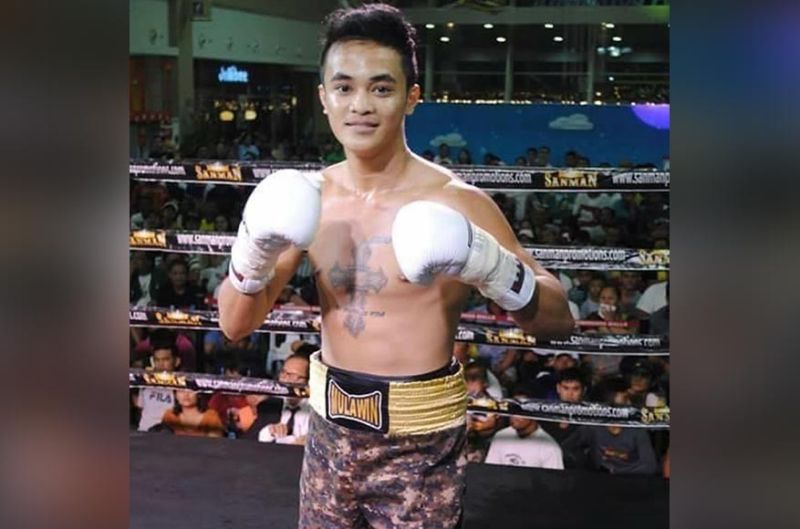 DUE to strict health safety protocols, the fight of Davao City boxer John Vincent "Mulawin" Moralde against Alexis Del Bosque of Mexico on Friday, July 17, at MGM Grand, Las Vegas, Nevada, USA will not have an audience.

Nevertheless, he said, "Sobra pako sa andam (I am more than ready)."

The 26-year-old pug of Buhangin bared this in an interview with SunStar Davao via Facebook Messenger.

"Happy ko nga maka-fight najud ko sa MGM kaso lang walay audience, mingaw kaayo (I am so happy to fight at MGM Grand for the first time but since there will be no audience, it won't be much fun)," the former World Boxing Council (WBC) ABC Continental featherweight champion said.

His SanMan Promotions team will fly to Las Vegas on Wednesday, July 15, (Philippine time) from where his training camp is based in Miami, Florida.

Moralde said he does not fear going into the fight amid the coronavirus disease (Covid-19) pandemic.

"Wala man ko mahadlok kay i-test man ming tanan ngadto. Dili pud mi pwede makagawas sa hotel. Didto rajud mi sa room (I'm not afraid since all of us will undergo Covid-19 tests. We can't leave the hotel. We just have to stay inside our rooms)," he said, adding that a lot of fights have already been staged despite the crisis as organizers and promoters implemented strict health standard measures.

His fight along with the main match, pitting Filipino Mark John Yap of Cagayan de Oro City against Miguel Marriaga of Colombia, will be aired over ESPN.

The Dabawenyo, who earlier said he is dedicating his fight to his mother who will celebrate her birthday on July 16, has been training since January this year. He resumed training a few weeks after beating Matias Agustin Ariigada of Argentina on December 21, 2019 in a technical knockout victory.

He also had to watch his diet, keeping himself away from sweets. He only ate rice once a week in the past two weeks. As the fight nears, his daily routine includes a 30-minute jog and shadow boxing.

Moralde, who began his professional boxing career at 17, last won a gold medal for Davao City in the 2008 Palarong Pambansa in Puerto Princesa City, Palawan. He joined the national boxing team shortly after such a feat but only had a three-month stint as he was disgruntled by the way the team was then being managed.

He then decided to venture into a career in pro boxing, giving up his Olympic dream for a chance to chase a World Championship belt just like his idol Senator Manny Pacquaio. He has so far 23 wins (13 KOs) and three losses (two KOs).