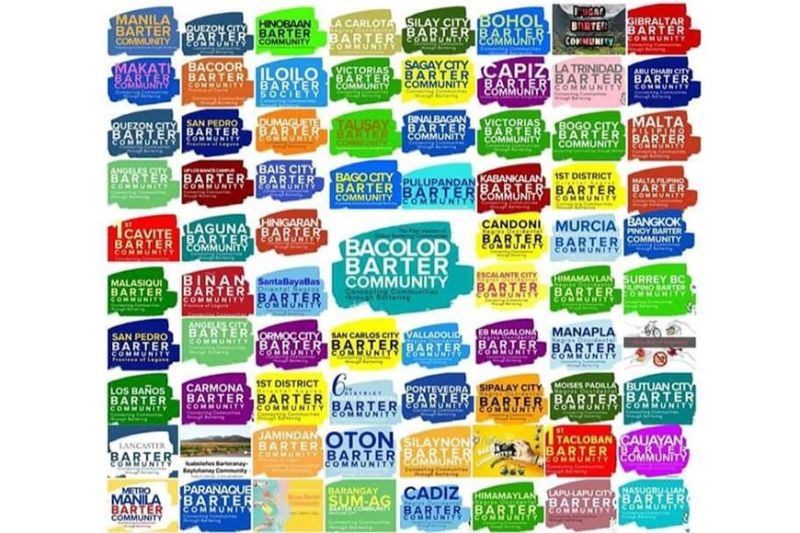 BACOLOD. For Bacolod Barter Community, there is no clear and legal basis to declare online barter trade as unlawful or illegal. (Contributed photo)

THERE IS no clear and specific legal basis for online barter platforms to be declared as unlawful or illegal.

This was stressed by lawyer Jocelle Batapa-Sigue, founder of the Bacolod Barter Community (BBC), in reaction to the pronouncement of the Department of Trade and Industry (DTI) that online barter is illegal and must be taxed.

Batapa-Sigue said barter is recognized under the Civil Code of the Philippines since 1950. Online barter communities are not engaged in business, selling or promoting business and activities that are aimed to evade tax laws.

"Our collective definition of barter is exchanging personal goods and personal services based on the mutual and voluntary decision of two persons for their personal use and consumption," she said, adding that it is not selling because the goods or services are not exchanged based on cash or price .

It is not also donating for the goods are not given without anything in exchange, Batapa-Sigue also said.

Trade Secretary Ramon Lopez, during the Laging Handa press conference on Tuesday, July 14, said barter trade is against the law everywhere else in the country though it is allowed in some parts of Mindanao like Sulu and Tawi-tawi.

The DTI top official added that they will track down online barter activities because these are illegal.

For BBC, which now has over 230,000 members since it was founded in May this year, the price of the item or service is not a consideration for the parties to agree since it is never equal.

Its founder said the items are mostly of inconsequential nature or "deminimis" -- personal used items that belong to the members or their households.

Batapa-Sigue said the non-cash items exchanged for services are inconsequential to be considered as taxable income.

The members, she said, are ordinary citizens, mostly from middle to lower class of society, and not business entities with gross or annual receipts.

"Since May 2020, bartering with kindness shone like sunlight throughout the country through the bartering communities as proof of the bayanihan spirit of Filipinos of more than a million members combined," Batapa-Sigue said.

The former city councilor said: "We appeal to the DTI to instead help find solutions to alleviate the growing hunger, poverty, joblessness and depression around the country today due to worsening economic situation."

Batapa-Sigue said the DTI's mandate is not to tax but to help the economy and the citizens get back on their feet.

"We appeal for you to focus on the things that are important. All the barter communities are willing to help restore what we all lost," she said.

The founder added: "Let us spread kindness not burden to the Filipinos. Help us. Do not make us suffer further. We wish to survive Covid-19 as one nation."