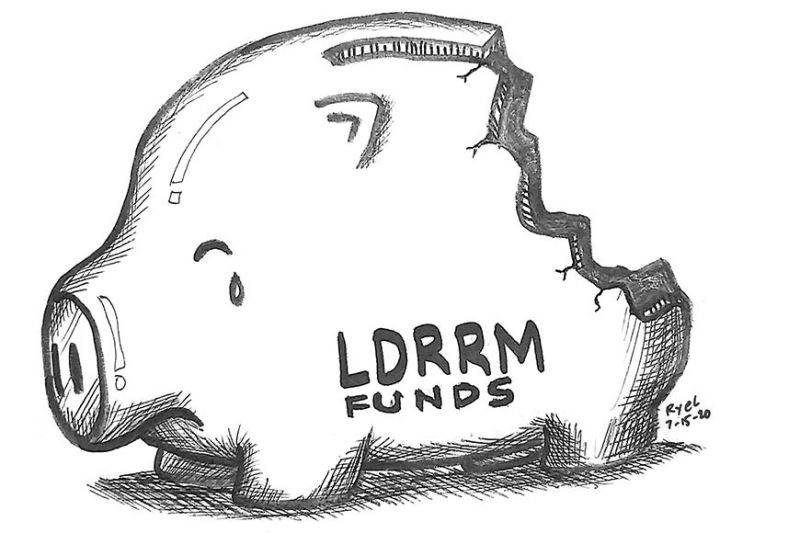 THE Commission on Audit (COA) called out the Cebu City Local Government for having spent only about eight percent of its Local Disaster Risk Reduction and Management (LDRRM) Fund in 2019.

In its audit observation report, the COA said the City left P637.7 million or 92.26 percent of its disaster fund cold in the coffers as of Dec. 31, 2019. This failure, said the agency, defeats the purpose of creating the LDRRM fund, and does not sit well with the provisions of Republic Act (RA) 101211, or the Philippine Disaster Risk Reduction and Management Act of 2010.

RA 101211 emphasizes the government’s duty to set aside resources to uphold the citizens’ right to life and property. It provides a framework for disaster risk reduction and management. The LDRRM funds are to be used for capital outlay, preparedness, mitigation and prevention. Any failure by any local government to implement the law’s objectives, therefore, cannot be taken lightly.

In its reply, the Cebu City Hall said it failed to fully use its calamity funds due to problems in procurement and bidding. As to what these were, it did not explain.

City Hall also failed to see through the purchase of medical supplies and equipment after it found that its purchase request indicated low prices. It said it pegged its rates according to the Department of Health’s (DOH) Drug Price Reference Index.

The Bids and Awards Committee in July also cancelled the sale of some items after it found some deviations in the procurement process.

These explanations aren’t something alien to this part of the world. Time and again, citizens have been shortchanged by government performance because so much in the bureaucratic legwork remains lackadaisical and mediocre. While it is important to observe strict procurement protocols, the process has been made tedious and worse by a big amount of personnel inefficiency. It isn’t as though the challenges in the processes are new, and they could have been addressed by now.

The recent health crisis we are experiencing only magnifies the failure that the COA pointed out, most especially on the procurement of medicines. By some measure, it could have secured a healthy citizenry, most especially the senior citizens who would have needed their maintenance medicines amidst the pandemic.

It was a disaster preparedness fund; it could have been treated with urgency if only our officials understood what it meant. The Cebu City mayor had emphasized that he’d address flood-mitigating measures in the city, and we wish he could have felt the same urgency with the LDRRM funds.

The pandemic bared the fact of just how ill-prepared we are in the face of a bio-emergency. It is about time this “global city” involved as many stakeholders in the matter of disaster risk preparedness and all that jazz. The Global Health Security Index has set criteria to measure how health care systems can respond to health emergencies. The City Government can start working on those indices via its LDRRM funds.