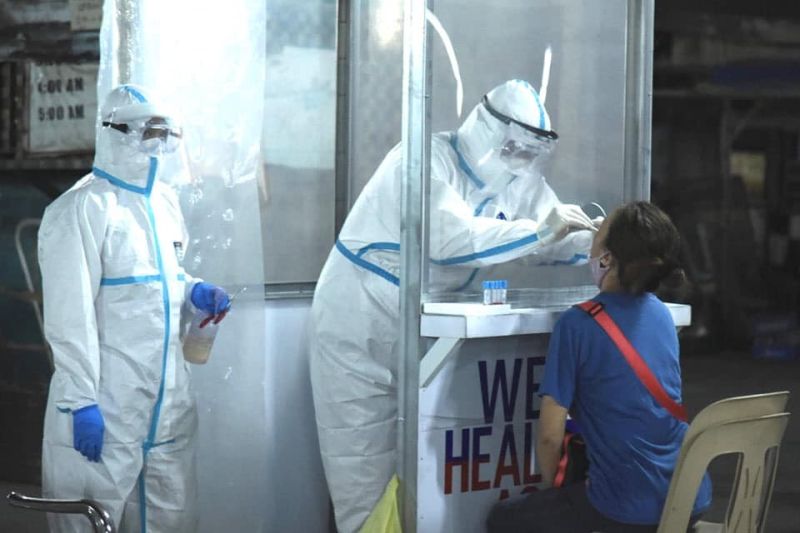 She said the City Government designated one testing center for the "Test and Wait," which was piloted last Tuesday, July 14, for arriving LSIs and OFWs on sweeper flights.

This came after the city recorded a significant increase of Covid-19 cases, which was highly attributed to the LSIs and OFWs.

According to the City Epidemiology and Surveillance Unit of the City Health Office, from July 5 to 13, 42 cases reported having a history of traveling from Manila.

Travels from Cebu, Clark, and abroad had each recorded one case.

The mayor deemed the "Test and Wait" as an effective system to lessen the burden of the contact tracing team.

"Gibag-o nato atong sistema. Kaniadto (We changed our system. Before), we tested and we sent them for home quarantine. Pag nag-positive sila, dinha pa nato sila kuhaon sa atong facilities (We only take them out and bring to the quarantine facilities when they tested positive)," she said.

"We needed a change in the game plan tungod sa burden sa contact tracing sa mga nagasulod, unya nagapositive sa atong RT-PCR test (because we saw a huge burden in the contact tracing of arriving individuals who tested positive in the RT-PCR test)," she added.

She also said this would also address the city's shortening number of quarantine facilities.

As of July 15, the city has a total of 10 facilities, six of these are currently occupied but one of these will only be occupied until July 30.

Duterte-Caprio added the city already has one facility on-deck, which is currently being inspected.

She said it is a measure the city is implementing to "slow down the rate of transmission," as the city remains to be the Covid-19 hotspot in the Davao Region.

According to the July 14 data of the Department of Health-Davao Region, Davao City has now reached a total of 600 Covid-19 cases. Of this number, 373 have already recovered, while 32 succumbed to the virus.

Meanwhile, Duterte-Carpio already requested the Department of Transportation (DOTr) to direct all airlines to require all Davao City-bound passengers to submit a negative RT-PCR test taken within 48 hours from the departure date.

She said the RT PCR must be presented prior to check-in at the airport of origin.

"We have tried our best using our own resources to make sure that we identify early those who may be Covid-19 positive by instituting health screening measures for all arriving passengers," she said.

However, she said the local government is pressed on the following issues: the rapidly depleting resources and the increasing number of confirmed Covid-19 cases in the region.

Closing down the airport, she said, would affect not only the city but other local government units as it serves as the gateway of a number of residents from other localities.

"We intend to keep the airport open, however, may we reiterate our previous request for your assistance in mandating that all airlines require Davao-bound passengers to submit a negative RT-PCR test result within 48 hours of departure date prior to check-in at the airport of origin," Duterte-Carpio said.