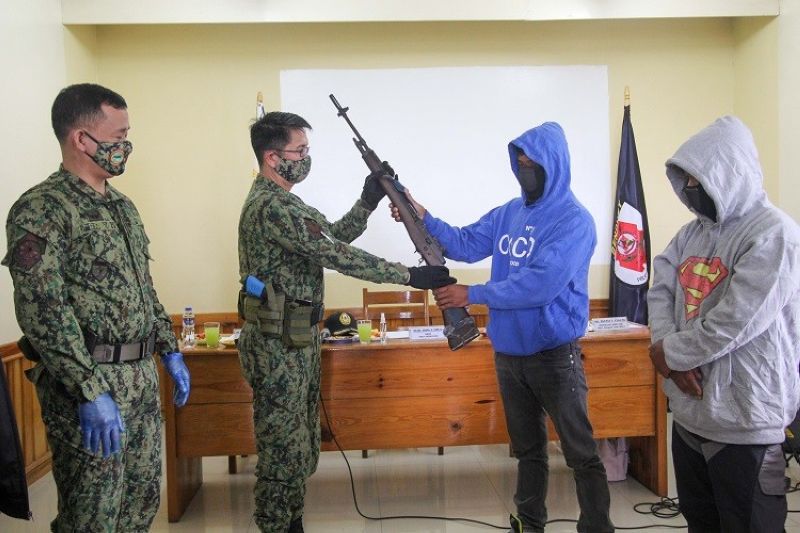 The surrenderers were only identified as "Ka Remo" and "Ka Kabayan."

Procor Deputy Director for Operations Police Colonel John Chua, who represented Regional Director Police Brigadier General R’win Pagkalinawan, explained the surrender was formally done after coordination with intelligence service of the Philippine National Police, Armed Forces of the Philippines, Naval intelligence, local government units and agencies of government, which are set to assist in the provisions of livelihood assistance to the two.

“The recent surrender of other CTG members is a big black eye to the communist movement, to which they are now reacting and are affected. In fact, it is not only in the Province of Benguet where we have surrenderers but in the Cordillera Region. This is a whole of nation approach where we coordinate and support the DILG and other agencies of government, including the local government units who have started their manifesto denouncing these CTG’s in their area," Chua said

Chua believes that with the recent surrender, many of their colleagues in the movement are now in the process of withdrawing support to avail of livelihood packages offered by the government.

DILG Benguet Provincial Director Rufina Fegcam said their surrender is an example of the government’s sincerity in helping them to go back to their normal lives and be members of society.

BPPO Director Police Colonel Elmer Ragay said that six surrenderers in 2019 and another eighteen this year will be given livelihood and government support.

“We might call it as officially surrendered because as a classic example, last year we had six who surrendered. Out of the six, we had ‘Ka Fuji,’ who had received his livelihood package from the government under the ECLIP program. For the current year, I believe we already have eighteen surrenderers who are not only members of the Communist Terrorists Group but are Militia ng Bayan members that are scheduled to receive their livelihood package," he said.

"The system is working and what is due to our bothers will be given to them after the validation process of the AFP (Armed Forces of the Philippines) and PNP,” Ragay explained.