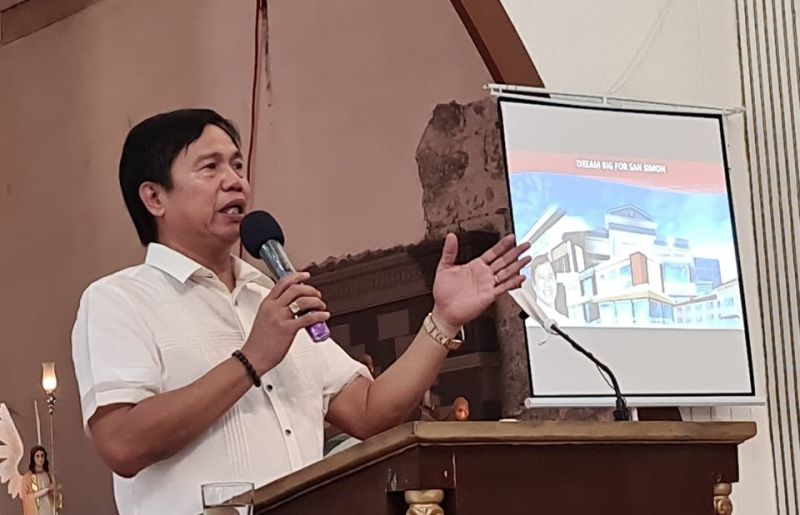 PROGRAMS benefitting all sectors of the society have been implemented during the first 365 days in office of Mayor Abundio Punsalan Jr. of San Simon town.

This was gleaned during his second state of the municipality address held on Wednesday morning, July 15, wherein he delivered his accomplishment report before fellow local officials and municipal hall employees, and representatives from various sectors.

Among the major programs realized since July 2019 are construction of dialysis center and school building, renovations and beautification of government facilities including the public cemetery, upgrading and repair of farm-to-market and other major roads, as well as the vital Sta. Monica bridge.

Punsalan reported the success of "Caravan ni JP" program, which aims to bring closer the government services to people, as well as the "Isumbong mo kay JP" hotline, which became a tool in addressing labor, water services and other citizen's complaints.

"I am confident to say that we were able to help boost development in all sectors of our community, including health, education, agriculture, business, the youth, and also maintained the peace and order in our municipality," he said.

Punsalan also bared some of the projects and programs that he is eyeing to implement for the rest of his first term.

These include the completion of the first phase of the municipal hospital, relocation of public market, construction of public plaza and public cemetery extension.

Punsalan enjoined his constituents to continue supporting the programs and projects implemented under his administration as they are all aimed at providing progress for San Simon.

"It's been a year since the last election and two more years before the next election so I hope we can set aside our political agenda first and be united in developing our town," he said.