DPWH to complete JBLRMH dorm for docs, staff on July 30 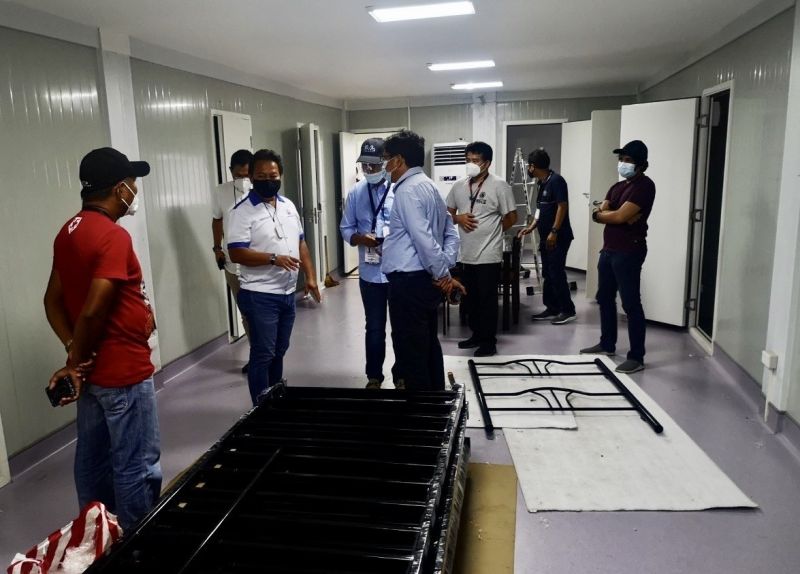 THE Department of Public Works and Highways (DPWH) said Thursday, July 16, that construction of a one unit 16 rooms (32-bed capacity) off-site dormitory structure for the Jose B. Lingad Regional Memorial Hospital (JBLRMH) in the City of San Fernando is targeted for completion on July 30, 2020.

This, as the DPWH, in a statement to SunStar Pampanga, said it is ramping up the construction of offsite dormitories that will keep safe the medical doctors and staff providing care and services to Covid-19 patients.

These include the ongoing construction of 10 health facility projects (quarantine/isolation/off-site dormitory/container vans/tents structures) Cebu Province and 16 in Eastern Visayas Region.

DPWH Regions 9, 10, 12 and 13 are conducting further site validations of identified location for the construction of additional quarantine facilities.

Under the leadership of Villar, who was named isolation czar, the DPWH continues to lead the government's efforts in putting up healthcare facilities across the country.

In his report to Villar, Sadain said two cluster dormitories located within the compound of Lung Center of the Philippines in Quezon City are targeted for completion on Friday, July 17, 2020.

The dormitory facilities will greatly alleviate the lack of medical doctors

quarters at the Lung Center being one of the major goverment hospitals handling the inevitable surges in sick patients.

With the offsite dormitories, Lung Center doctors, nurses and other medical staff who are constantly exposed to a variety of health hazards in the course of their work won't have to travel home or stay in hotel after their hospital duty for the much needed quick rest, said Sadain.

Each cluster dormitory has 16 airconditioned rooms equipped with double-decker beds to accommodate two persons with toilet and bath with heater. The room can also be use as individual isolation room for possible monitoring and treatment of sick medical staff.

The dormitory has a living room, complete with TV and sofa, common dining and a separate area for laundry and kitchen with available appliances.

Meanwhile, the two remaining Clusters 5 and 6 dormitory at Quezon Memorial Circle are expected to be completed by mid August. The initial completed four cluster dormitories with total capacity of 128 people was turned-over on July 7 by DPWH to the city government of Quezon City.