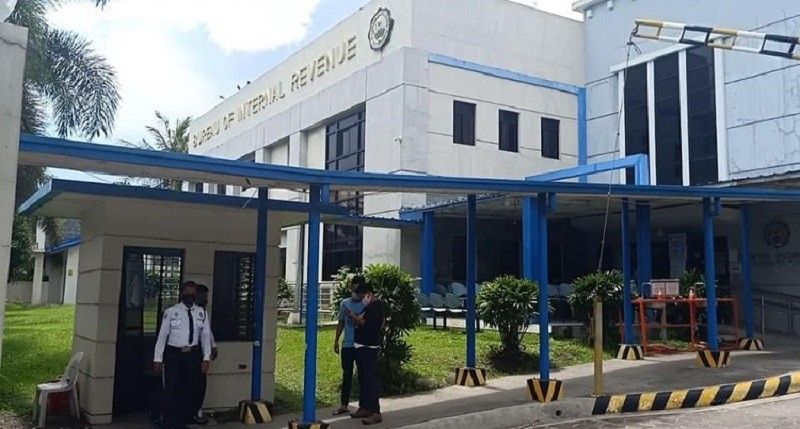 NINE personnel of two Revenue District Offices (RDOs) of the Bureau of Internal Revenue (BIR) in the cities of Bacolod and Victorias were subjected to a 14-day quarantine after having contact with a positive Covid-19 patient who reportedly made transactions at their offices.

Norma Bayoneta, chief of Administration and Human Resource Division of RDO 77 in Bacolod City, said of the six quarantined personnel, three are security guards and three are staff members of the Client Service and Assessment Sections.

Bayoneta said that aside from them, three other personnel of RDO 76 in Victorias City, including two lady guards and a Client Service Section staff member, will also undergo 14-day quarantine as the patient also went there before his visit at BIR-Bacolod to request for Taxpayer Identification Number transfer on Wednesday morning, July 15, 2020.

“The admin section chief of RDO 76 in Victorias called me Wednesday night, informing me that a 45-year old male Covid-19 patient from E.B. Magalona visited their office afternoon of the same day,” she said.

She added that one of their personnel, who is a friend of the patient, positively identified him as Western Visayas Patient No. 685 based on the Department Health (DOH)-Western Visayas Bulletin issued on July 15.

Following this incident, BIR-Soccsksargen Director Antonio Jonathan Jaminola instructed the immediate disinfection of the building premises of the two RDOs so they stopped operations starting Thursday until Friday.

Bayonet said it is not a lockdown but rather a temporary closure, adding that the office's operation will resume on Monday, July 20.

She also dismissed claims circulating on social media that the reason why they halted operations is that one of their personnel is positive for the virus.

"It's not true. The only reason for the temporary closure is just for us to conduct disinfection," the official added.

Due to the closure, the agency’s operation especially its collection is affected.

BIR-Bacolod has already reported the incident to the City Inter-Agency Task Force against Covid-19, hoping that necessary actions will be taken like possible contact tracing of other taxpayers who might have close contact with the patient.

For them, it is also a “question” as to how a positive Covid-19 patient can stroll and make transactions in various establishments like the BIR.

Provincial Incident Team Management Charina Magallanes-Tan said that according to the Provincial Health Office, the Covid-19 patient who visited the BIR offices was not quarantined “because he was tested in the routine testing for frontliners.”

Magallanes-Tan said they continue to work because they are not suspected cases.

The patient, however, was immediately subjected to quarantine following the report of the DOH-Western Visayas confirming that he is positive for the virus on Wednesday afternoon.

In a related development, the Securities and Exchange Commission (SEC)-Bacolod Extension Office has also stopped its operation for two days until Friday, July 17, for disinfection purposes.

The agency, in a statement, said this is a necessary precautionary measure to be taken as SEC-Bacolod is a neighboring office of the BIR where the Covid-19 patient had transacted.

“Although, it is not yet confirmed that there were other clients from the BIR who later went to the SEC to submit reports stamped received by the BIR who came in contact with the Covid positive person,” it said.

Following the incident, SEC-Bacolod will no longer allow the one-day transaction of submitted documents. All reports to be submitted and put in designated drop boxes will be left untouched for four to five days.

It said receiving copies are expected to have a turnaround period of four to five days.

Since SEC-Bacolod is on a skeleton workforce and some staff are on a work from home scheme, the release of the receiving copies for reports will still prioritize those clients who are pregnant, senior citizens, clients living outside of Bacolod City, and persons with disabilities.

Clients submitting their reports need not worry as the date of filing will be the date when the reports were physically received at the office, it said, adding that mailed reports are considered received on the date of the mailing.

“We strongly encourage to send the reports via mail either through a private courier or the Philpost provided further that a prepaid self-addressed envelope is secured by the client for the receiving copy,” the agency added.