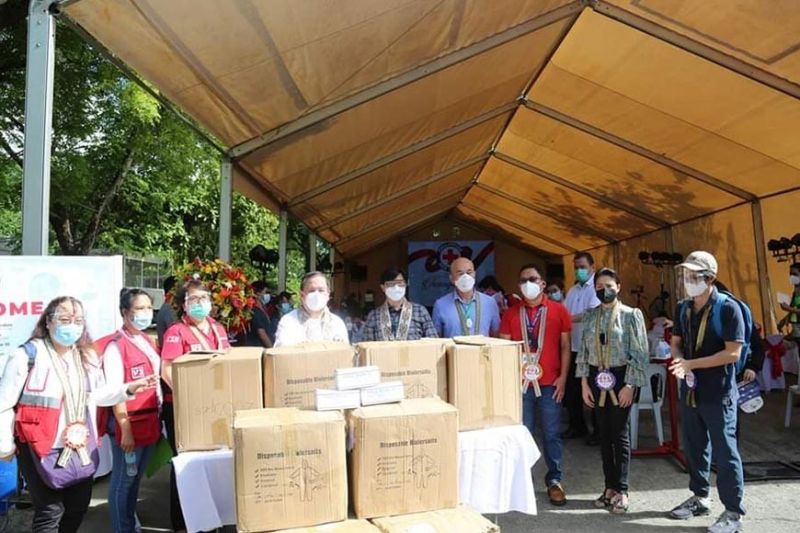 The molecular laboratory can process 4,000 swab samples per day to test for the coronavirus disease 2019 (Covid-19). Results will be available after 48 hours.

The laboratory has four PCR machines. The machine “is a laboratory apparatus most commonly used to amplify segments of DNA via the polymerase chain reaction (PCR).

Gordon said the laboratory has the biggest swab testing capacity in Visayas and Mindanao.

The molecular laboratories in Bacolod, Zamboanga, Cagayan de Oro and Surigao can process only up to 2,000 tests daily, he said.

She said the recent delay in the release of test results can be attributed to one of their PCR machines breaking down. Instead of two days, results aren’t released until after three days, she said.

Meanwhile, Gordon said members of the public can avail themselves of the PRC molecular laboratory’s services.

Those who are covered by PhilHealth won’t have to pay anything, but it’s P4,000 per swab test for those who aren’t, he said.

Gordon said they will also offer programs to help indigents.

He said their Mandaue facility will also take samples from outside Cebu like from Leyte and Samar.

Secretary Vivencio Dizon, deputy chief implementer of the Inter-Agency Task Force for the Management of Infectious Diseases, said the idea of establishing a PRC molecular laboratory in Cebu came up when the number of Covid-19 cases spiked in Cebu City, particularly in Barangay Luz and the Cebu City Jail, during the early weeks of the pandemic.

During that time, he said, Cebu still had limited resources and was overwhelmed by the growing number of cases.

Mandaue City Mayor Jonas Cortes told SunStar Cebu that the PRC molecular laboratory will be of great help to the city, particularly in the faster releasing of results and contact tracing.