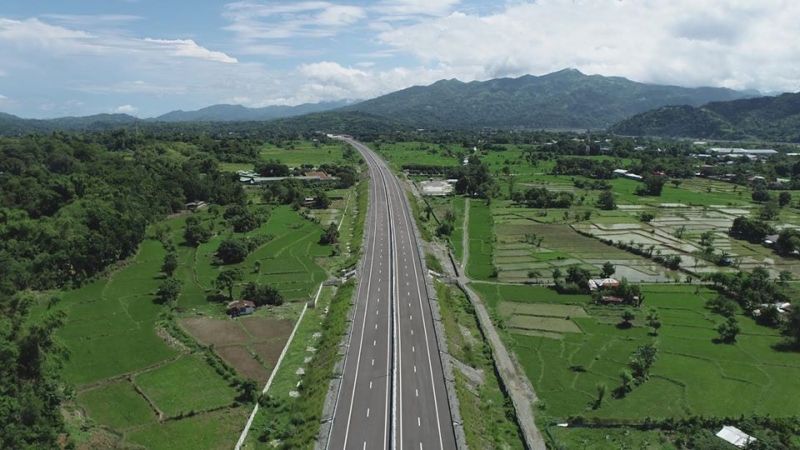 MABALACAT CITY -- Travel time from Metro Manila to Baguio City will be reduced from six to three hours with the opening of the Tarlac Pangasinan La Union Expressway (TPLEx).

This was stated by Department of Public Works and Highways Secretary Mark Villar during the opening of the expressway on July 15, 2020.

"The Tarlac Pangasinan La Union Expressway is now open. Travel time from Manila to Baguio is now reduced from six to only three hours," Villar stated.

The DPWH and San Miguel Corporation (SMC) officially opened the final section of the 89.21-kilometer TPLEx on Wednesday.

The opening of the 11-kilometer segment will reduce the travel time from Tarlac to Rosario in La Union from three and a half hours to just one hour.

The newly opened Pozorrubio, Pangasinan to Rosario, La Union segment is expected to accommodate more than 20,000 vehicles every day.

"Because of the political will of President Duterte, the hard work and follow-through of DPWH Secretary Mark Villar and of the support of government's entire economic team, we were able to complete this major project that will benefit so many regions in Luzon," Ang said.

The expressway project is part of the Duterte Administration's Build Build Build infrastructure projects, according to the DPWH chief.

"Since July 2016, the Duterte Administration has completed a total of 137,098 classrooms; 129 evacuation centers; 23,657 kilometers of roads, 4,959 of bridges, and 8,941 flood mitigation structures and drainage system projects," Villar said.