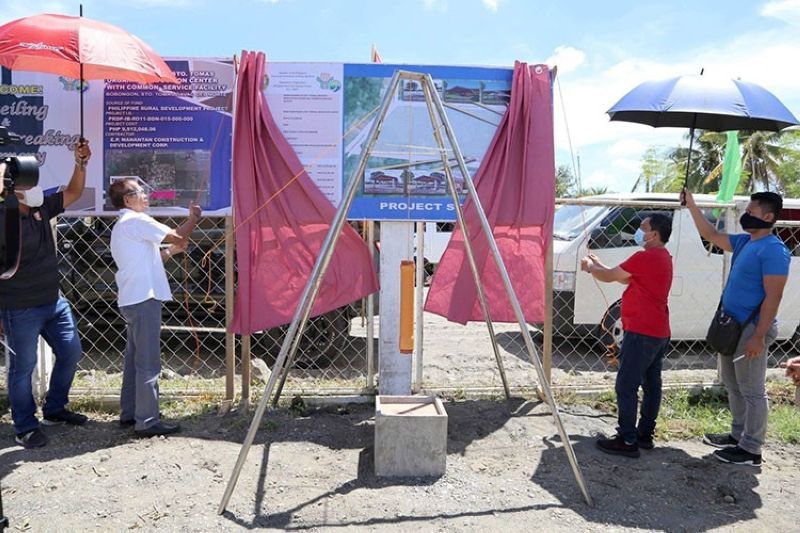 A P9.5-MILLION organic production facility will be built in Sto. Tomas, Davao del Norte to benefit about 600 farmers in the municipality.

In a statement, DA-Davao information officer Noel Provido said the center will also have common service facilities such as multi-purpose rice solar dryer, cacao solar drier, cacao fermentation facility, vermi storage, vermicomposting beds with shed, and warehouse which can be used by 655 members of the various farmers' associations in the province.

“The subproject is expected to reduce farm production cost of 25 percent to 40 percent due to lower prices of organic fertilizer that will be produced in the facility. It will also help farmers incur savings of hauling cost by 40 percent due to the proximity of the organic input producer in the farming communities,” he said.

“The availability of warehouses will improve quality and increase market value of corn, rice, and cacao produce and at the same time reduce postharvest losses which can be a factor in increasing farmers' income,” he added.

“Organically produced commodities have added-value with a niche market that is willing to pay a higher price just to be ensured with healthy and safe food products,” she said during the groundbreaking this week.

She also urged all the stakeholders to fast track the implementation of the organic center for the project to contribute to DA's Plant, Plant, Plant program through increasing levels of productivity across all agricultural commodities.

PRDP is a special project of the DA and jointly funded by the World Bank, the national and local government units. It implements infrastructure and enterprise development projects including the utilization of science-based tools such as value chain analysis, geo-tagging, and expanded-vulnerability suitability assessment.